A list of Character tropes for the Ensemble Cast of Tsurezure Children. Due to its sheer size, they'll be grouped by their class, year, or other (for teachers, graduates, and the like).

Beware of non-marked spoilers for the later chapters. 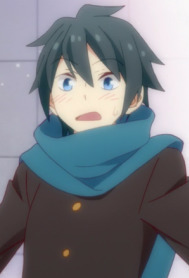 A member of the Soccer Club. He likes Kanda. 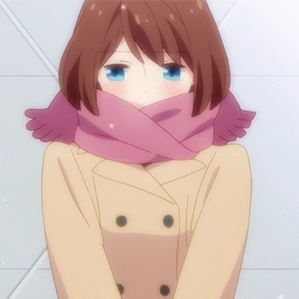 A member of the Soft Tennis Club and Minagawa's friend. She likes Takase. 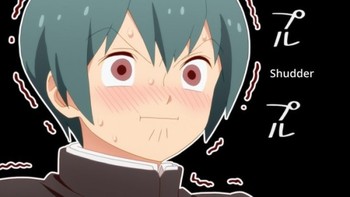 The male class representative of Class 2-1. One of the only members of the broadcast club, alongside his sister Hotaru. A guy who tries to take everything seriously, making him the victim of Minagawa's merciless teasing. 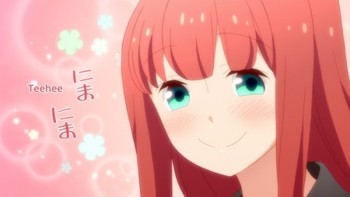 The female class representative of Class 2-1. A member of the Soft Tennis Club and Kanda's friend. She likes Furuya and shows it by teasing the straight-laced boy (and his little sister) to no end. 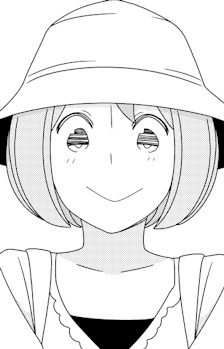 A member of the cooking club interested in Yamane. Unlike Yamane, she has no interest in otaku culture. 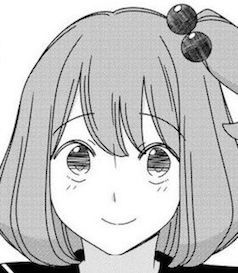 A member of the cooking club who is interested in Sonobe. She is very insecure about her weight. 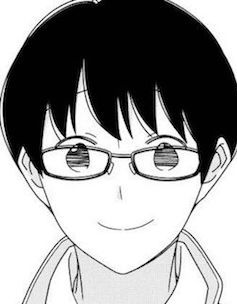 The secretary of the Student Council and a member of the Brass Band Club. 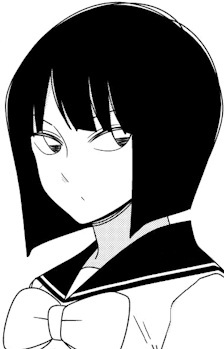 A deadpan student who more-or-less starts going out with her friend Sunagawa for the heck of it. 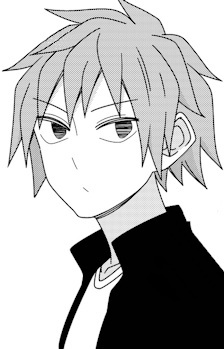 A deadpan student who more-or-less starts going out with his friend Toda for the heck of it. 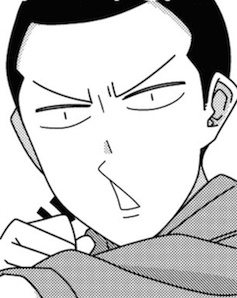 A self-styled rapper dubbing himself "MC Oni Musha," only to get embarrassed when Yamada finds out. 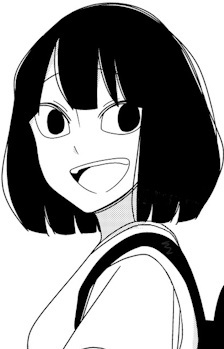 A member of the Girl's Basketball Club who takes an interest in Onizuka and rapping. 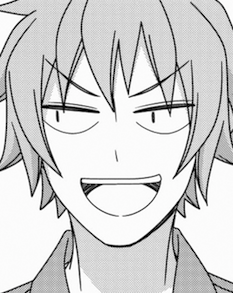 A member of the Volleyball team and Takase's friend. He's an energetic boy and grows interested in Alice.

The vice-president of the Drama Club who is stuck training the newbies, namely Urara. She is very annoyed by Katori.

Matsuura's friend, who falls head over heels for Katori.

A member of the Brass Band Club who doesn't seem to have an interest in romance...at first.

A member of the Soccer Club. He likes Takano.

A member of the Brass Band Club and Takano's friend.

One half of a comedy duo with her boyfriend Chiaki.

One half of a comedy duo with his girlfriend Kana.

An American exchange student and a member of the Karate Club. She seems to have a fondness for using the word "sushi" as means of acknowledging affection (instead of the correct word, "suki"), to the confusion of everybody else.

The student who seems to have to deal with Patricia the most.

A member of the Tea Ceremony Club. She likes Gouda.

A member of the Volleyball Club. He starts going out with Kamine.

A member of the Cooking Club who has been friends (and in love) with Takase since middle school. She is "near-psychotic."

An extremely shy, geeky student in a relationship with Kurihara, and best friends with Motoyama.

An overtly geeky member of the Karate Club who is best friends with Yamane and has a crush on Enomoto.

A serious student in love with her teacher, Mr. Kirihara.

A bespectacled girl often seen in the library. Rumor has it that she likes Ogiue.

A member of the Boy's Basketball Club. According to his friend, there's a rumor that Tojo likes him.

A transfer student from the Kansai region. Motoyama helped her fix her bicycle.

A student in Class 1-3 and Jun Furuya's younger sister, who is the only other member of the Broadcast Club. She is, in his words, a "bro-con."

A student in Class 1-3 and member of the Drama Club. Matsuura tries to teach her the ropes, to no avail because of Urara's naturally cutesy demeanor.

A student in Class 1-6 who joined the Astronomy Club due to falling for Sasahara. He's known Nanase since they were kids.

A student in Class 1-9 and member of the Astronomy Club. She's known Kaga since they were kids.

A student in Class 1-3 and member of the Karate Club. He admires Saejima for being the only one willing to make him more of man, unaware as to her interpreting his wish in a different manner.

The president of the Drama Club and the self-proclaimed "Love Master."

A yankee who ends up in a relationship with Akagi after getting caught smoking by him.

The ever in-control Student Council President.

The current president of the Astronomy Club.

The president of the Karate Club. Due to a misunderstanding, she thinks that she and Soma have started dating.

The president of the Tea Ceremony Club. Due to her secret love of rock music, she dons a kitsune mask to become "Miss Wabisabi" so that she may join the Light Music Club without anybody finding out. 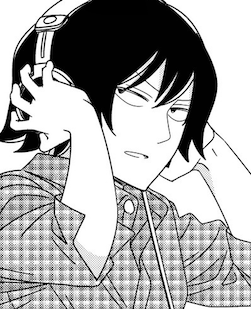 The president of the Light Music Club. He doesn't think highly of "Miss Wabisabi."

Ubukata's friends and fellow members of the Light Music Club (with the former being the Vice President). They're the club's bassist and drummer, respectively.

Erika's friend and the Vice President of the Tea Ceremony Club.

Former president of the Astronomy Club, having graduated the year before.

A teacher in charge of Class 2-7 who seems to spend an awful lot of time with Chiba.