This character sheet comprises of those who make their appearance in the Second Super Robot Wars Z duology. 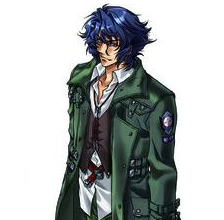 Voiced by: Yuji Ueda
"The Risk of My Life!"

A former member of the black-ops "Firebug Squad" from the Britannian Union, Crowe is the headlining protagonist of the Second Super Robot Wars Z. Saddled with a million dollars in debt, he agreed to be the test pilot for the anti-Dimensional Beast mecha Brasta as a way to work the sum off, and later ends up joining ZEXIS.

The main goal of Firebug was to start minor rebellions in various nations for Britannia that would be crushed by its primary military. However, during one mission in Esther Elhaas's hometown, a Dimension Energy Crystal experiment went haywire, causing its destruction. Firebug was sent in to "clean up the mess" and kill any survivors of a town half-destroyed, but Crowe took pity and rescued Esther, deserting Firebug. It isn't until he encounters his former commander Marilyn Catto in Saisei-hen that Crowe finally opens up and confirms the story to Esther. 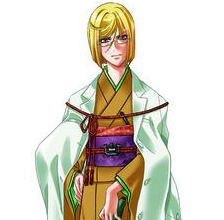 Head of the Axion Foundation's Scott Labs, Traiya is the chief mechanical designer for the Brasta, and after Crowe agrees to work as a test pilot, his immediate superior. Throughout the course of Hakai-hen, she sends Crowe out on various missions across the globe, with his payments being deducted from his debt as he succeeds (or with expenses incurred if he fails).

A young woman who initially accosts Crowe, Esther demands he eliminate the Dimensional Beasts (in particular, a white one dubbed "Moby Dick"). She reveals her family was killed several years back by Moby. ZEXIS manages to destroy the beast, allowing her to move on with her life, thus she chooses to become a test pilot in the Scott Labs at the end of Hakai-hen.

In Saisei-hen, Esther is working as a Dimensional Monster Buster for Traiya, piloting the Brasta Es, an improved model of the Brasta. She helps reintroduce the ZEXIS cast to the player as she travels around much like Crowe did and helps them. During one mission, she and Crowe encounter his former Firebug Squad and commander Marilyn. In a twist, Marylin reveals that what destroyed her hometown was a Dimension Energy Crystal experiment gone haywire. Firebug was sent in to "clean up"; however, Crowe had a change of heart and rescued Esther, deserting Firebug. Regardless, Esther doesn't hold it against him. Unfortunately, things quickly turn to tragedy when she's transformed into a Dimensional Beast, after taking a blast for Crowe that infects her with a similar virus Gaiou, the King of Destruction, uses. To avoid a mercy killing by ZEXIS, Zero places a Geass command to order her to cease attacking; she is then taken by the Arksabers from the Holy Kingdom of Insaraum.

From time to time, Dimensional Beast Esther encounters ZEXIS and they repeatedly drive her off without killing her. Thanks to some assistance from Uther and Esther's own will, she regains her human form. Though horrified by the experience and concerned she may no longer be human, but simply a Dimensional Beast in human form, Crowe reminds her that "no matter what, she IS Esther". For the remainder of Saisei-hen, Esther serves as a dual-protagonist to Crowe.

The recurring enemies of Hakai-hen and Saisei-hen, Dimensional Beasts are part and parcel of a world that constantly suffers from dimensional quakes, with them appearing seemingly at random, and disappearing just as quickly after the initial rampage.

Gaiou, the King of Destruction

A godlike being from another dimension, Gaiou lives only for battle. He would also like to recover his lost memories.

The ruler of the nation of Rimonasia, Shiony hatched a plan to use the Dimension Energy Crystals abundant in her country to make it a leading world power.

The young head of the Axion Foundation and one of the richest men in the world, Carlos winds up backing the Imperium set up by Shiony, although there are hints he has his own agenda. When he's captured by ZEXIS and interrogated for Gaiou's location after revealing he's been working against them, he doesn't say a word. Unfortunately for Carlos, he doesn't realize he was earlier marked with a Geass command by Zero to always answer his questions.

The Holy Kingdom of Insaraum 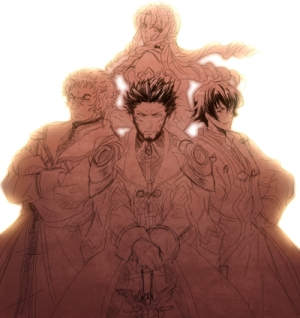 Hailing from another world, the Kingdom of Insaraum make their appearance in Hakai-hen as a group of knights serving Gaiou. However, their service is not willing; in fact, Insaraum's experiments in Dimensional Energy brought Gaiou and his army of Dimensional Beasts to their world. Unable to defeat him, the surviving Arksabers, the peacekeepers and royal guard of Insaraum, are forced to serve him in exchange for their lives.

Anbrorn as she appears in the game on the left and on the right is her younger self as shown in her ultimate attack
Voiced by: Kumiko Takizawa
Uther Insaraum, the King of Restoration
Voiced by: Yasuhiro Mamiya 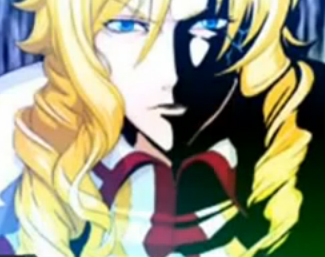 The leader of the Holy Kingdom of Insaraum, Uther's the Prince of Insaraum, but after his father died in battle against Gaiou he reluctantly became the new king and survived alongside the remaining members of the Kingdom to have his revenge. He pilots the Seiohki ("Holy King Machine") "Insarius Arclinus", the personal weapon of the Seioh ("Holy King"), which contains the Sphere of the "Inexhaustible Gourd", allowing him to revive fallen allies.

The Secretary-General of the United Nations, Elgan was the one who came up with the idea for the creation of ZEXIS. Prior to that, he aided both Celestial Being and the Dragon's Hive under the alias "Portman", supplying both organizations with useful information. After he reveals himself and aids in the creation of ZEXIS, he becomes highly invested in their continued success, at one point stating to Shiony that ZEXIS was "the only hope for the world". At the end of Hakai-hen, Ribbons Almark has successfully drugged and controlled Elgan into serving him.

Sadly, near the end of Saisei-hen, Ribbons shoots Elgan in a fit of rage at all his plans having been ruined, but Elgan survives long enough to pass information of what he knows onto ZEXIS before succumbing to his wounds.

Aim is the bearer of the Sphere of the "False Black Sheep" and infrequently appears throughout Hakai-hen to antagonize Crowe. Near the end of the game, Asakim kills him and claims his Sphere for his own. However, Aim survives thanks to using the unique abilities of the Sphere, leaving Asakim with nothing but a fake copy of the one he took. Aim returns to harass Crowe once more in Saisei-hen, pretending to be servile to Uther while scheming to take his Sphere of the Inexhaustible Gourd, before confronting ZEXIS one last time.

Because the world is wrapped up in so much lies and deceit, Aim becomes seemingly invincible, until Asakim faces him once again. Using something he previously acquired, Asakim forces Aim to disclose his past: he was originally a researcher named Hamal Argo who built his entire career on lies. Forced to face this truth, the False Black Sheep is weakened to the point of deactivation, and Aim is swiftly dispatched by Uther for his manipulation of Insaraum 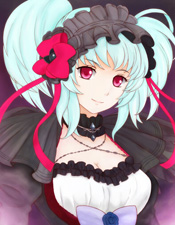 The leader of the Firebug Squad and Crowe's former commanding officer. Eventually allies with Insaraum.