The main protagonist of L. A fifteen years old middle school grade 3 student who lives in Misakicho. He was adopted by professor Graife after both of his parents were killed during the Giant's War five years ago. He is classmates with Shinji (until he transfers to another school) as well as Kouichi and Yajima. After GreAT kidnaps Professor Graife and destroys the professor's laboratory, he teams up with AL-3 Alice, a Robot Maid that helps out Professor Graife. After taking the Rushbird from the ruined lab, Ichitaka joins up with the JUDA Corporation and later the newly created special taskforce LOTUS. During his travels, he reunites with his brother Yuunagi, only for Yuunagi to attack Ichitaka in anger. After several fights between them, the brothers reconcile and join together to fight Lude Gloria and his army.

A Robot Maid designed by Professor Graife. After the professor is kidnapped, she joins Ichitaka in his pursuit as the co-pilot of the Rushbird. During their adventures, Ichitaka's older brother Yuunagi and his partner HL-0 Haruno turn on them and while chasing Kenji and Balba, Yuunagi's relentless assault unlocks Alice's secret: she was intended to work with the Rushbird as Alice is needed to access its more powerful attacks. This does not come without consequences, as Alice overheats and is forced to shut down after the initial release. After a few more fights, Yuunagi reconciles with his brother while Haruno reconciles with Alice, and all four strive to stop Lude Gloria. 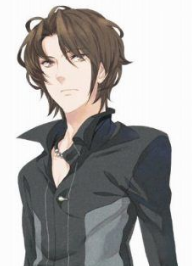 Ichitaka's adoptive older brother. Both he and Ichitaka help out Professor Graife with his work on both the Rushbird and Straybird. After a surprise attack by GreAT on the professor's lab, Yuunagi teams up with HL-0 Haruno and takes the Straybird in pursuit of the professor's kidnappers. During his pursuit, Yuunagi helps foil the assassination attempt on Lacus Clyne by ZAFT commandos. However, when he encounters a new prototype GreAT mech, Yuunagi is utterly defeated and turns against his younger brother in anger. After several fights, Yuunagi and Ichitaka make amends and join together to save Professor Graife. 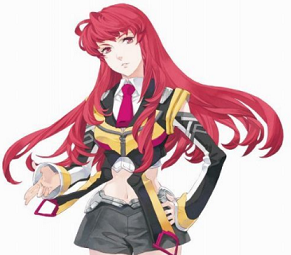 A newly-created android by Professor Graife. She is designed to link up with the Straybird and assist its pilot. After a surprise attack by GreAT on the professor's lab, she joins Yuunagi in his efforts to rescue the professor. During their pursuit, Yuunagi suffers a serious defeat at the hands of a GreAT prototype, Haruno agrees to go along with Yuunagi's plan to take on Ichitaka, while taunting Alice at the same time. After a few fights, the brothers make amends and Haruno reconciles with Alice, and they resolve to save Professor Graife as a team. 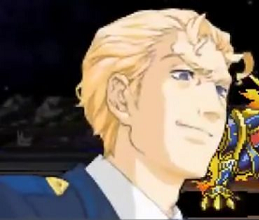