Warning: the Atrum folder contains unmarked spoilers for the Expansion Pack, as well as Super Robot Wars V and X.

Male protagonist and a 27 year-old Salaryman working for the giant corporation known as the "VTX Union". He holds pride in his job and bets his life on his duty, but holds little to no interest in anything else.

Female protagonist and a 27 year-old employee at the VTX Union. In spite of her genius piloting abilities, she is carefree, doing everything at her own pace and being quite open about how she "works solely for her salary and bonuses".

A 20 year-old new recruit for the VTX Union's Special Section 3 and daughter of her section’s manager, Hirosuke Amasaki. Rami serves as the co-pilot for the corporation's experimental model, the "Tyranado". She comes off as serious but inflexable, with a habit of thinking too much when troubled. 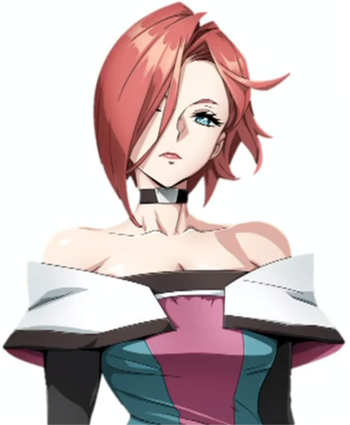 A 24 year-old member of the VTX Union, formerly with the First Engineering Division before being reassigned to Special Section 3. She rides in the Carriax, an aircraft of the VTX Union carrying weapons for the Tyranado. 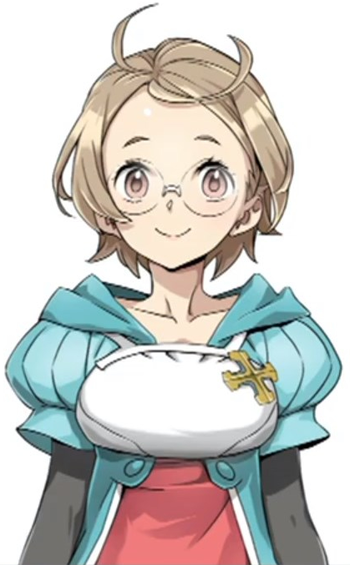 A 24 year-old member of the VTX Union, formerly with General Affairs before being reassigned to Special Section 3. She rides in the Carriax alongside Meryl. 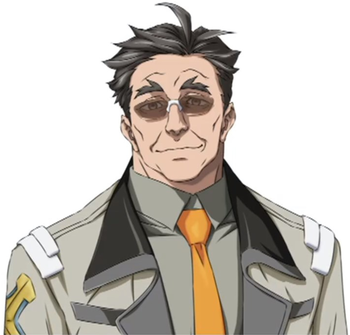 Rami's 52 year-old father who serves as the Chief of Special Section 3, making him the protagonists' boss. He pilots the Carriax.

A 28 year-old woman working as the secretary for the VTX Union's president.

An employee at the Company, she's introduced trying to scout the protagonist.

Formerly Amies's boss in the VTX's accounting department, he accepted an offer to join the Company due to his own dissatisfaction with VTX.

A young man scouted by the Company. Has an overinflated ego.

A 10-year old boy scouted by the Company. A childish gamer that treats combat as a game, until the harsh truth came knocking quickly enough.

An Executive Officer in the UND.

The UND's Commander of Fleets.

A councilman for the Earth Federation and leader of the Dawn Assembly, a group tasked with fixing the Federation government.

The 48 year-old president of the VTX Union. Has a military background and massive accomplishment where he is considered a legendary figure amongst the military, joining and becoming the president of the union after he retired.

The antagonistic group of the Expansion Pack, they are a powerful force that poses a threat to the Solar System following the Daybreak War. Chief among their ranks are the revived forces of the Super Civilization Gardim and the Keepers of Order, but also include soldiers from Neo Zeon, the Jupiter Empire, the Martian Successors, and the UND, as well as Zonder Robos, Space Monsters, Kikaijuu, Armors, and Cephiran monsters.

The fusion of System Nevanlinna and Ende the Devourer.