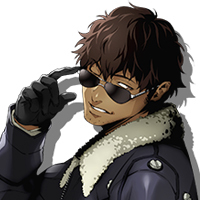 Male protagonist and member of the "Moon Surface Special Strategy Research Institute Defense Party", Soji is one of two selectable pilots for the Vangrey. 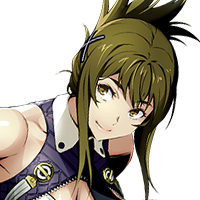 Female protagonist and member of the "Third Special Strategy Research Institute Defense Party", Chitose is one of two selectable pilots for the Vangrey. 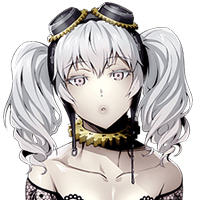 A mysterious girl traveling with Soji and Chitose, "Nine" has some kind of connection with the Vangrey's "System 99" operating system. 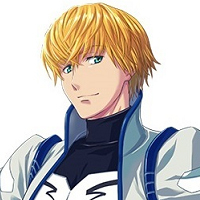 A test pilot for the "Nicola Wilhelm Research Labs" and its Huckebein Type R. 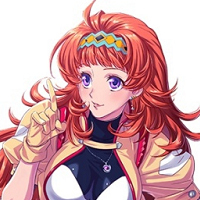 A test pilot for the Nicola Wilhelm Research Labs' Grungust.

In General
A mysterious organization that mainly employs autonomous weapons, they first made their presence when they attacked the Yamato in the subspace void. Though their motives are unknown, they seem to be interested in the Applied Phlebotinum that powers the Yamato and the various robots on board.

Manned Gardim units begin to appear about halfway through the game, and even then, one cannot help but feel that there is something... off about their pilots.

The true identity of this group is "Super Civilization Gardim", the remnants of a civilization that once inhabited the Large Magellanic Cloud, commonly believed to have been wiped out by a war with Iscandar.

Tropes common to members of Gardim:

A Commander in Gardim obsessed with beauty, Jamie pilots the Madivia.

The head of Gardim's 8th Fleet. He captains the Slinvarsa.