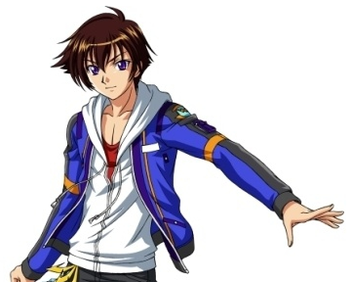 The main protagonist of NEO and an athletic 17-year old student in his 3rd year of high school. After finding the Sigzarl and piloting it to protect his hometown, he is drawn into events transpiring both in his own world and another, all while looking out for his younger brother, Amane.

He pilots the Sigzarl, a knight-esque machine originating from an alternate world, which gains more power as Kakeru gains the various Armed Phantoma. Eventually it evolves into the Shigzarius. 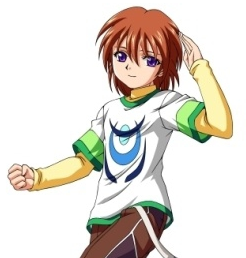 Kakeru's younger brother and a 10-year old boy in his 4th year of elementary school. When their town gets attacked, he ends up bound to a mysterious ship, more-or-less forcing his brother to pilot the robot that came with it to find him a way out. Little does he know this would be the least of his problems.

He "commands" the ship "Ionia" except during his time possessed by Larva, where he pilots the Alsignos, the brother machine to the Shigzarl. 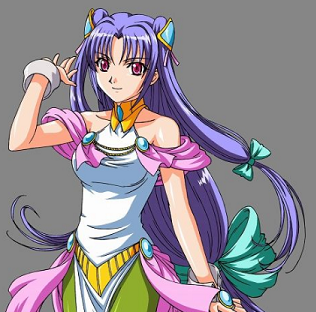 A 19-year old girl from another world helping her older brother with his archeological research, and a former member of Ernst, until she left due to disagreeing with their methods. She ends up getting transported to Earth in search of the Armed Phantoma, where she encounters Kakeru.

She pilots the witch-esque machine Merveille. During Amane's period of possession, she takes over commanding the Ionia. 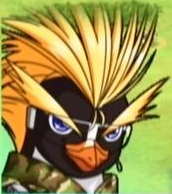 A penguin-like being from the other world. He starts off as an antagonistic bandit and general annoyance.

He pilots the Penpada, which somewhat resembles him. 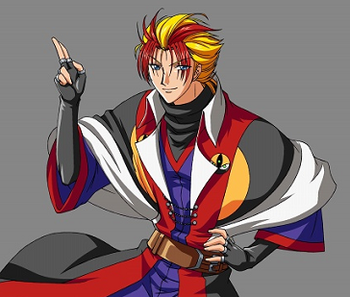 A high-ranking member of the other-worldly organization Ernst. 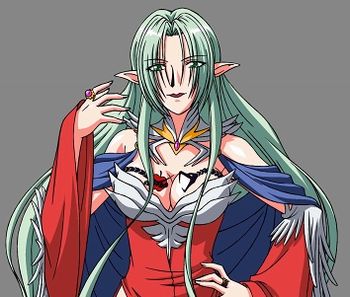 Leader of the the other-worldly organization Ernst.

She pilots the Signix, based off the data from the Alsignos.