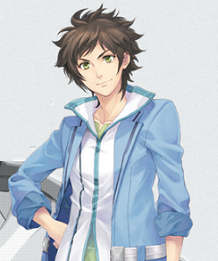 The protagonist of BX and 17-year old boy. His father Makoto died half a year prior to the game's start, leaving him with his mother Mari and Yuki, a girl brought in to live them. One day, he encounters Falsaber, when suddenly, Destrook soldiers attack his town.

To protect his home, he fuses with Falsaber to pilot him. 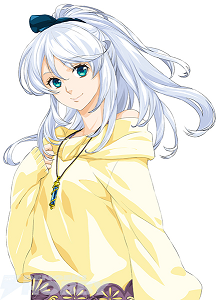 The heroine of BX and a girl of around 14 years of age with almost no memory of her past. For the past half-year, she's been living with Youta and Mari, and already seems to have settled into their family. A perpetually happy individual with an interest with in ruins and ancient cultures.

She joins Youta in fusing with Falsaber. 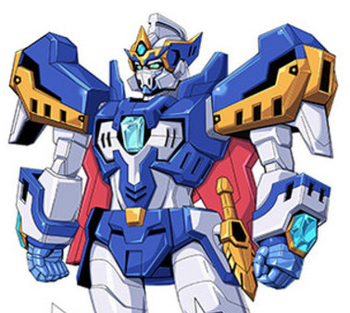 A living knight-like Super Robot whose mission is to protect the world from otherworldly threats such as Destrook.

A living Super Robot tasked as Destrook's guardian. His primary objective is the defeat of Falsaber.

It turns out he and Falsaber were originally a single being until they were forcibly separated, with him being brainwashed by Divoti. Upon learning this, he wanders around until eventually deciding to join with the heroes. During his time in Bright-iX before Falsaber's return, he fuses with Youta and Yuki so that they can pilot him.

Essentially production model copies of Bruvictor created and rolled out after his betrayal of Destrook. 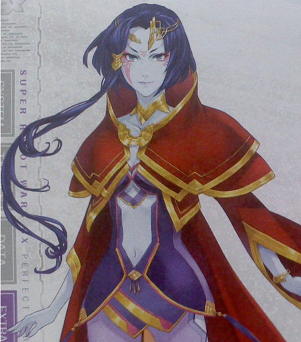 Loyal servant of Valgeass who directly leads Destrook in his absence. 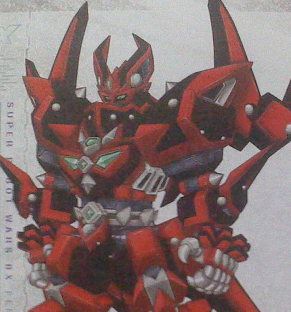 A living dragon-esque Super Robot and the head of Destrook.

A mysterious man appearing on the true final stage. He has actually attained godhood and claims to have guided humanity's evolution throughout the ages.