Tropes shared by both
Edge Sainklaus 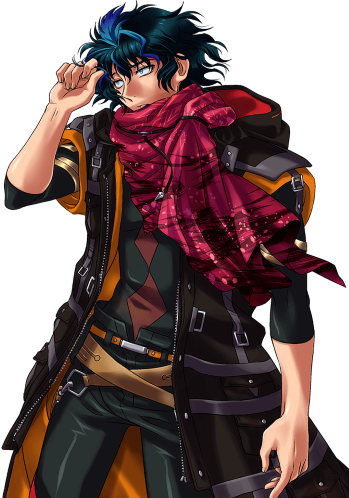 The male protagonist and Az's older brother. His background is unknown and refuses to talk about his past, but he appears to have received training for piloting mobile weapons. 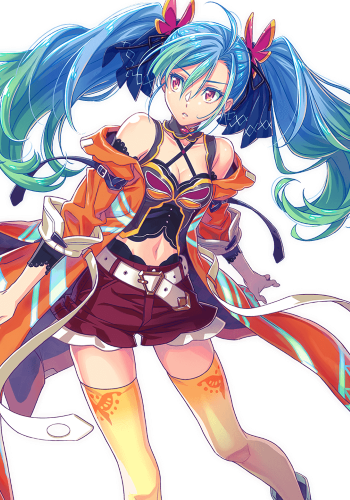 The female protagonist and Edge's younger sister. She is demure and rarely approaches others, thought she doesn't stop others from approaching her. 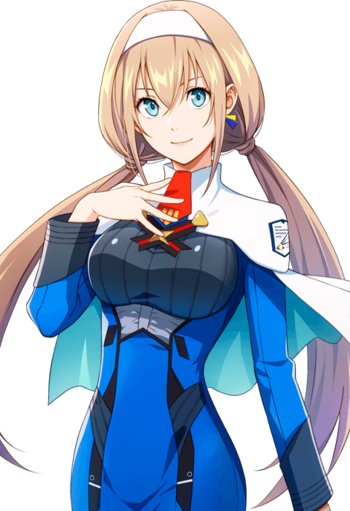 A former student at Military Academy 30 who gets assigned as the captain of the Dreisstrager. She is the official leader of the Earth Federation sponsored autonomous unit Dreikreuz, a group that seeks to bring an end to the conflicts surrounding the Earth and unite it once more. 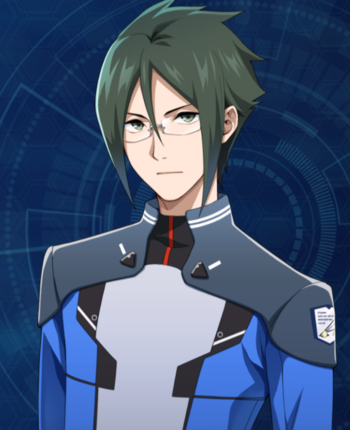 The executive officer aboard the Dreisstrager. Reynold previously served as an instructor at Military Academy 30, and although he's the eldest and most experienced among the crew, he was passed over the position of captain in favor of Mitsuba. Despite this, Reynold finds himself content with supporting his former students from the sidelines. 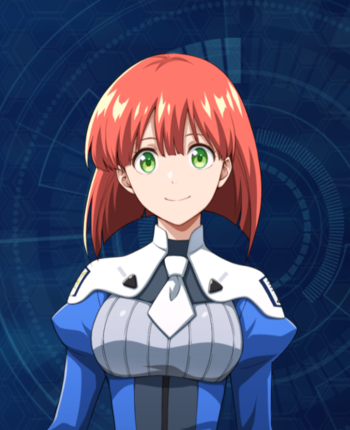 The chief operator aboard the Dreisstrager. A cheerful and bright young woman, she acts as a mood-maker of the crew and is noted to be an excellent operator by the people around her despite her usual demeanor. 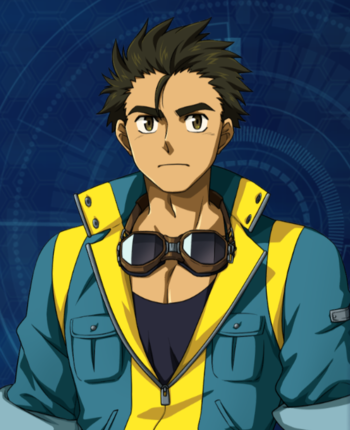 The chief mechanic aboard the Dreisstrager. He's a dedicated engineer well-liked by his team who solves problems with willpower and guts. 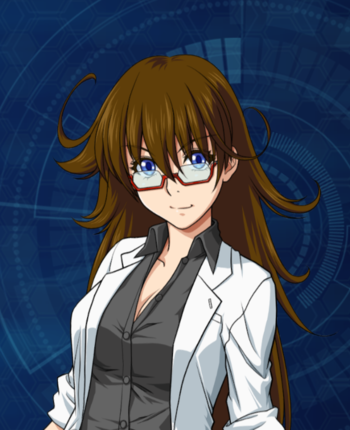 The chief of the technical and R&D teams aboard the Dreisstrager. A genius scientist talented in many fields, her main area of expertise is software research and development which she uses to help upgrade the Dreisstrager over the course of the game. 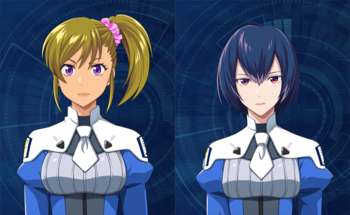 A pair of operators aboard the Dreisstrager. 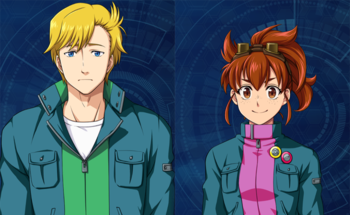 A pair of mechanics aboard the Dreisstrager. 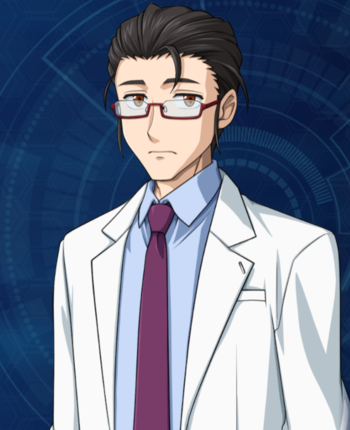 A research student of Military Academy 30 who gets assigned to Mayvy's research team, much to his pleasure. 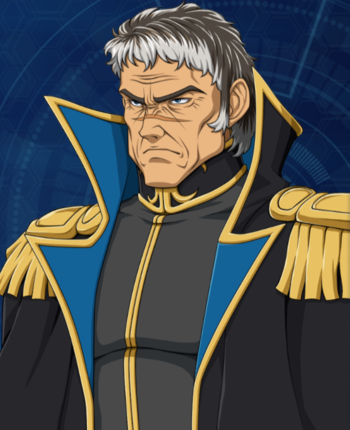 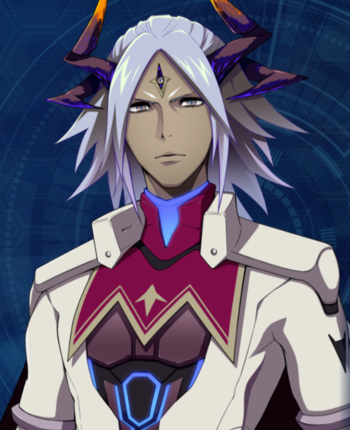 A member of the mysterious aliens known as the Quaestors who proclaims himself the future king of Earth to the members of Dreikreuz. He takes an interest in the Protagonist and Mitsuba throughout their encounters. Caruleum initially pilots an Orcusula Zang, but later upgrades to the Gravalin. 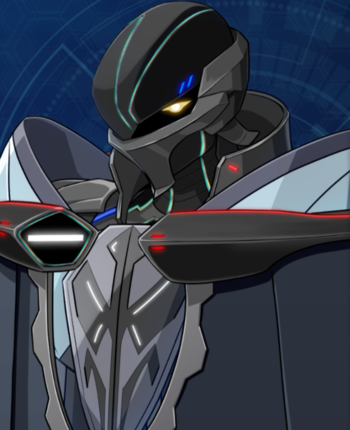 Magister without his mask 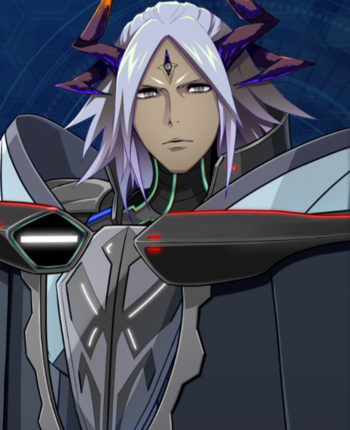 The leader of the Quaestors whom Caruleum answers directly to. He seeks to achieve perfect order throughout the universe and has currently set his sights on Earth. He claims to be the rightful ruler of the universe due to having learned the ultimate "truth irrefutable" of reality. Magister is later revealed to look exactly like Caruleum as it turns out the latter and all other Quaestors the Magister's clones.

In the final battle, he pilots the Ultim Fini, a Magine whose power is said to be an "Unassailable Truth". 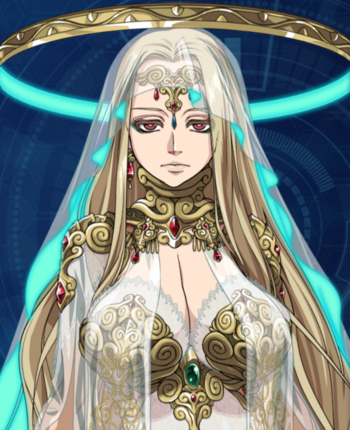 A member of the long extinct race known as the Aos. Her consciousness is revealed to be stored within the main computer of the Dreisstrager itself and acts as its main AI. She's revealed to have been the one who brought the Dreisstrager to Earth in the first place and worked with Fikes to restore it to working condition. 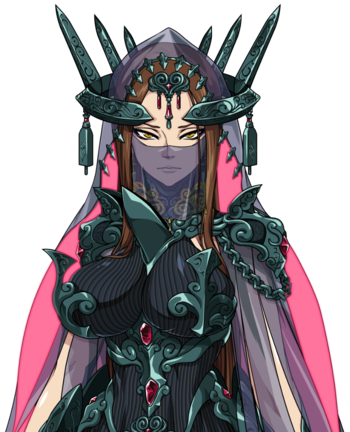 The last Empress of Aos at the time of the Quaestors' rebellion, and the main antagonist of 30's Expansion Pack. Following the death of Magister and the subsequent fall of the Quaestors, she takes control of the Etrangers and now seeks to rebuild her empire, starting with taking over Earth. In combat, she pilots the Flosdeus, a regal mech that symbolizes the power of Aos at its peak.
The Unknown Enemy

The Final Boss of the Super Robot Wars Z saga, who apparently escaped into The Multiverse containing the other Super Robot Wars games after his defeat in Tengoku-Hen. After the Dreikreuz crew crashes into a dimensional rift given sufficient upgrades to their overall strength, Advent shows up with Z in tow for the sake of a good fight. Unfortunately for him, if he wants one, he's going to get it - ten times over for repeated spoils.

For more information on the duo, see Advent and the Supreme God's folders in Super Robot Wars Z Walking Spoilers.

The Etrangers
Various old robots from a universe that last saw action 120 million years ago. They are now all that remains of that world, brought into The Multiverse by Aos as an old stockpile of weapons.