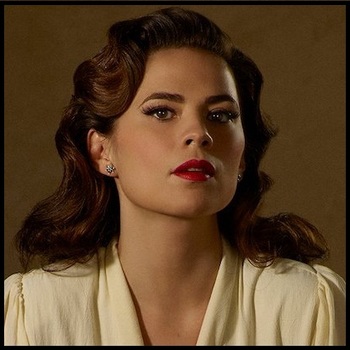 "As has always been the case, I don't require your help."
Click here to see middle-aged Peggy 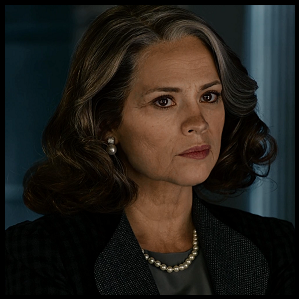 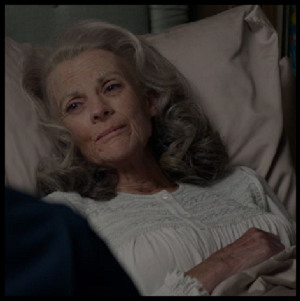 Advertisement:
"I don't need a congressional honor. I don't need Agent Thompson's approval or the President's. I know my value. Anyone else's opinion doesn't really matter."

A British Army Major and Operations Supervisor for the S.S.R. during World War II. She oversaw the training of the recruits for the supersoldier program Project Rebirth, and took notice of the feeble yet determined candidate Steve Rogers. After Rebirth was cut short with only one successful result, Carter was the only S.S.R. head who pushed for Rogers to remain involved in the war front, even personally aiding him in getting behind enemy lines when his superiors refused to let him get involved. Her efforts paid off, as Steve rescued hundreds of captured soldiers and became the war hero Captain America.

In between battle Rogers and Carter started to fall in love, but his final World War II mission resulted in Steve sacrificing to derail HYDRA's plan and disappearing in the Arctic. He was presumed dead for the rest of the century, and Peggy was reassigned to a desk job preventing the full use of her talent. But after aiding Howard Stark with an undercover mission to reclaim his stolen weapons, Stark offered her a new job with him, as co-founder and Director of S.H.I.E.L.D..

Nearly 70 years after being separated, Steve and Peggy reunited after the former's body was thawed from the Arctic. Carter was now much older than him and bedridden, but the two expressed contentment that she had lived a full life, despite being unable to continue their romance. She died a few years later at the age of ninety-five. Steve tried to move on with other women, including Peggy's niece Sharon, but he never could let go of his first love. 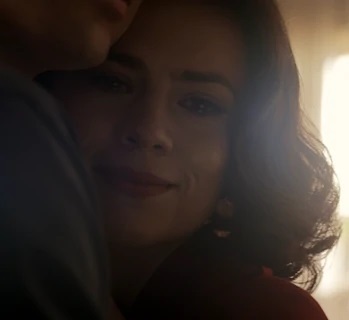 A Variant of Peggy Carter who married the Steve Rogers of the Sacred Timeline. 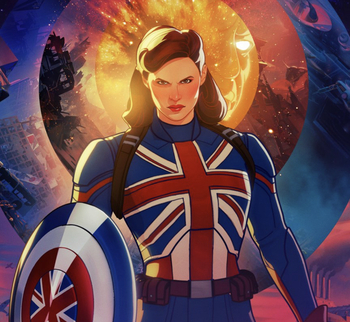 Click here to see her in her Stealth Suit 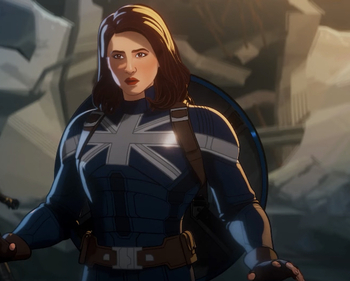 Affiliation(s): US Army (formerly), Avengers, Guardians of the Multiverse

"I understand this is not the desired outcome, but I can be more than a human pin cushion."

The Peggy Carter of Earth-82111. In this reality, she's the one who takes Dr. Erskine's Super Soldier serum instead of Steve Rogers, becoming the hero known as Captain Carter. 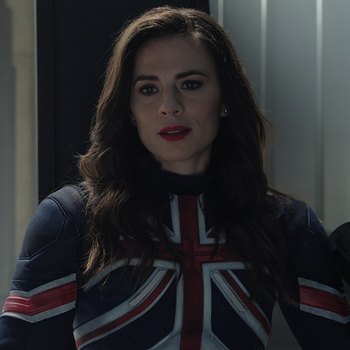 The Peggy Carter of Earth-838. She became a Super Soldier as Captain Carter like her Earth-82111 counterpart, and was among those who fought against Thanos in her universe as part of the Illuminati.

At the Brandenburg Gate, Peggy Carter ambushes HYDRA just as they were delivering the Tesseract to their superiors.

At the Brandenburg Gate, Peggy Carter ambushes HYDRA just as they were delivering the Tesseract to their superiors.