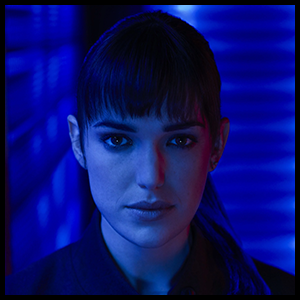 "Maybe some things are inevitable."

"I can't be a part of your bad-girl shenanigans! I like following the rules and doing what's expected of me! It makes me feel nice."

A Level Five S.H.I.E.L.D. agent who specializes in biology and chemistry. She works alongside Leo Fitz, with the two of them sharing a close friendship. She is a member of Agent Coulson's team that is assembled to investigate strange events around the world.

An android duplicate of Jemma Simmons, used by her and Coulson to bait Aida.

A virtual recreation of the real-world person of the same name inside the Framework. She was a member of S.H.I.E.L.D. that was executed during the HYDRA uprising.

"The steps you take don't need to be big. They just need to take you in the right direction."