The following characters appear in Spider-Gwen and Ghost-Spider (2019).

The Hero of the series. Uses her spider powers to fight crime following the death of her best friend Peter Parker. Drummer for rock band The Mary Janes. Likes corn dogs. 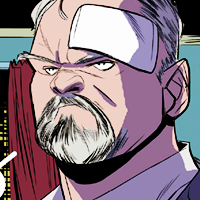 Gwen's father, a police captain with the NYPD who serves as Gwen's Secret Keeper. 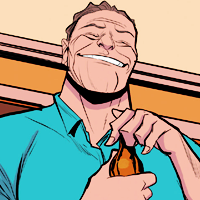 Peter's uncle and neighbor to the Stacys. 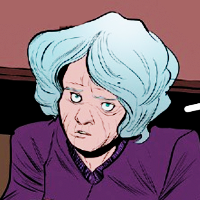 Peter's aunt and neighbor to the Stacys. 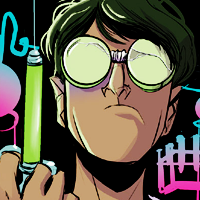 Gwen's nerdy best friend, who in another life might have become Spider-Man. Instead, he was left a bitter and jealous introvert who, in a desperate attempt to emulate Spider-Woman, injected himself with a mysterious serum that transformed him into a monster dubbed "The Lizard." His subsequent death, and the mystery behind the origin of the serum, form the crux of Gwen's quest to clear her name. 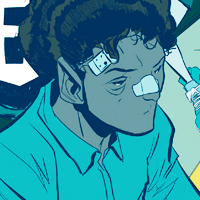 An old friend of Peter Parker's and Gwen's ex-boyfriend. After Peter's death, he joined S.H.I.E.L.D. in the hopes of getting revenge on Spider-Woman, but went rogue after learning the truth, hoping to uncover the conspiracy behind the creation of the Lizard serum. 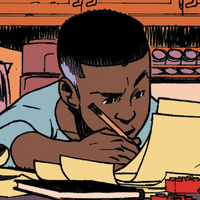 A genius kid and the Earth-65 version of Reed Richards that Jessica contacts in the hope of getting back to her universe. 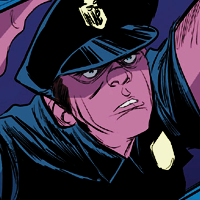 An NYPD police officer who encounters the Vulture.

A friend and colleague of George Stacy's and reluctant second-in-command to Frank Castle. At George's insistence, she digs deeper into the conspiracy behind Peter Parker's death, driving a wedge between her and her increasingly-deranged superior. After Castle goes rogue, she finds herself promoted to his position as Captain of the Special Crimes Task Force. 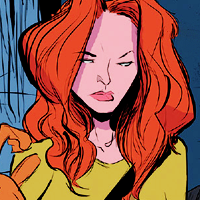 The lead singer of The Mary Janes, and Gwen's friend from high school.

The Bass guitarist of the Mary Janes, and Gwen Stacy's roommate.
Glory Grant

The backup in the Mary Janes, and Mary Jane's roommate. 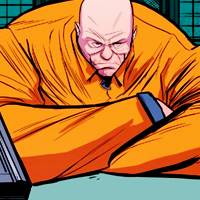 Formerly a powerful crime boss in New York City, Wilson Fisk recently found himself serving time in prison. Initially trusting his lawyer, Matt Murdock, to run things in his absence, he quickly realized that his snake of a partner had instead decided to take over entirely. 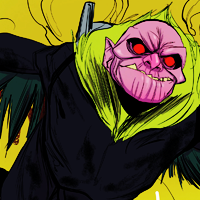 Formerly of Oscorp, the Vulture is one of Gwen's first major adversaries following her first adventure into the multiverse. 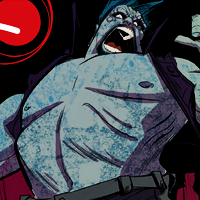 A mercenary sent by Matt Murdock (per Kingpin's request) to kill George Stacy, ultimately foiled by the new Spider-Woman in town. 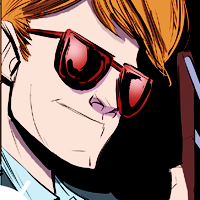 A skilled lawyer, deadly assassin, and Wilson Fisk's trusted right-hand man. When Fisk found himself in jail, Murdock took advantage of his position as the boss's lawyer to keep him there, eventually replacing him as New York's Kingpin of Crime.

A high-ranking member of the Hand who acts as Murdock's right-hand man. 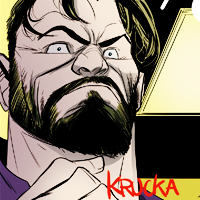 A retired Marine who briefly served in Tony Stark's infamous PMC "War Machine" before settling down as a police detective. Of course, "settle down" is a relative term — Castle's brutality saw him briefly dismissed from the force before being brought back in to hunt down Spider-Woman. His ruthless methods and deteriorating mental state eventually drove him to abandon the law entirely, becoming a murderous vigilante known as "the Punisher." 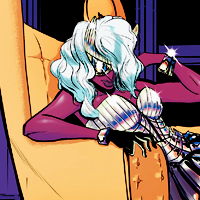 A thief (and lead singer of a band called The Black Cats) who has some unfinished business with Matt Murdock.

A descendant of Russian nobility. Ex-mercenary and avid hunter of all manner of game, he first enters Gwen's life when Frank Castle calls on him to help him unmask Spider-Woman. 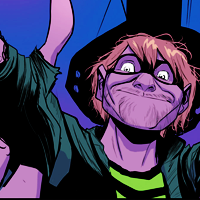 A low-level thief known to steal from bodegas around town, styling himself after a stereotypical highwayman. 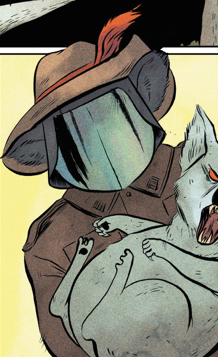 An Australian supervillain who menaces New York with his army of drop-bears. May or may not be an actual Koala. He's one of Gwen's most prominent rogues, much to her embarrassment.
John Jameson / Man-Wolf

A gangster with Lycanthropic powers, and the son of Mayor Jameson 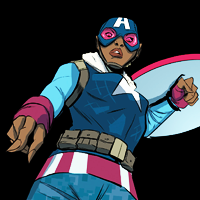 The sole surviving recruit of Project Rebirth, Samantha served as Captain America during World War II. Thanks to Arnim Zola, she found herself trapped in the multiverse for seventy-five years, only recently returning to her home reality. 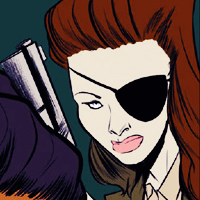 The director of S.H.I.E.L.D. and leader of Project Rebirth. 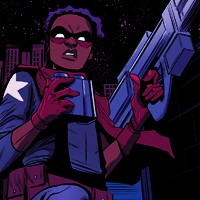 A bounty hunter who does black ops for S.H.I.E.L.D. Wild rumors in the organization's ranks have given him the nickname "Mr. Murderhands". Spider-Woman gives him the name Wolverine, recognizing his similarities to Earth-616's Laura Kinney.

Another bounty hunter for S.H.I.E.L.D. 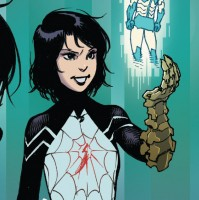 The Earth-65 counterpart to Earth-616's Silk, she is the head of the organization known as S.I.L.K., responsible for the creation of the Lizards. 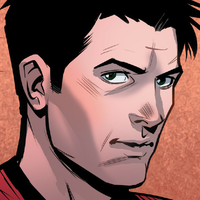 An agent of S.I.L.K. who works directly for Cindy Moon. Gifted with spider powers and skilled in stealth and espionage, he steals Gwen's dimension-hopping watch, giving his boss access to parallel Earths.

A researcher working under Cindy Moon. While she's in prison he's been attempting to restructure her organization.

A high-ranking member of S.I.L.K. who manages the organization in Cindy's absence.

A retired crimefighter, who left behind the stress of superheroics to become a fashion model.
Gilles Weill / Brother Brit-Man 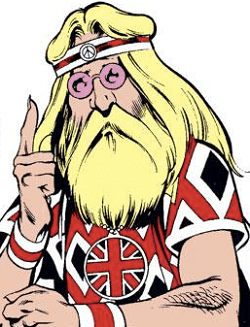 Earth-65's Captain Britain. Has never actually appeared in the series, instead originating from a 1991 Captain Britain comic where he's listed as a resident of the then-unestablished Earth-65 - a tidbit that has remained canon even after the world was chosen as Spider-Gwen's reality.

The current head of Oscorp and father of Harry Osborn.

A former S.I.L.K. researcher under the employ of Matt Murdock. She has been working on an experimental alien substance that is supposed to give Gwen Stacy back her powers completely... in theory.

A lawyer and professional wrestler. She represents Gwen during her trial.

A major arms manufacturer and international celebrity with a number of skeletons in his closet, most notably the PMC "War Machine," which acts as his private army. Also, he bought out Starbucks and renamed it "Starkbucks."

The owner of the Dollar Dog fast food restaurant that Gwen, her friends and the Bodega Bandit frequent.

The Watcher for Earth-65. Not the best at his job.