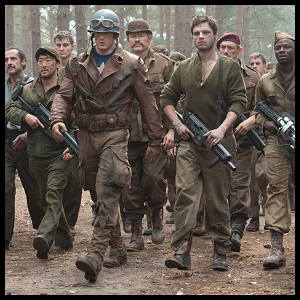 "See? Told you, they're all idiots."
— Bucky Barnes

Steve Rogers' hand-picked strike-force. Despite the prejudices of the 40's, each were chosen based on their fighting ability, not their race. Together the Commandos brought down of the Red Skull's bases, impeding his efforts for his annihilation of the world. 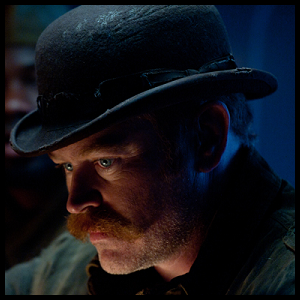 "Hell, I'll always fight. But you gotta do one thing for me: Open a tab."

A prisoner Rogers rescued from a HYDRA factory, and a hand-picked member of his commandos. 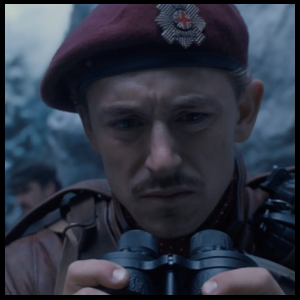 "Mind the gap."note A phrase used on the London Underground, after his time, about the gap between the boarding platforms and the trains one boards. In this case, the gap is a zipline.

A Second Lieutenant in the British Paras and POW who joins Captain America's elite squad. 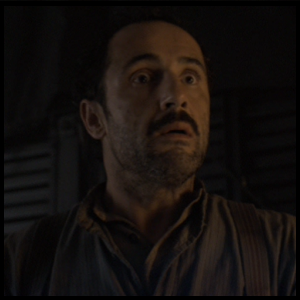 "I will fight until the last one of these bastards will be dead, in chains, or crying like a little baby!"

A French resistance operative. He was rescued from HYDRA's prison camp by Steve, and joined his handpicked elite unit as the resident explosives expert. 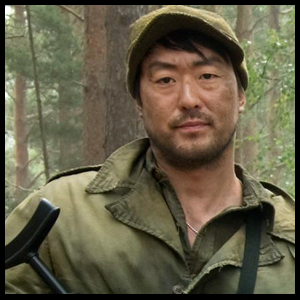 A Nisei (American-Born Japanese) soldier from Fresno, California rescued by Steve. Jim endured the predictable prejudice towards his people after Pearl Harbor in spite of his patriotism. However, he soon proved himself a fierce and loyal battle-brother serving as the Communications Officer of Captain America's Howling Commandos. 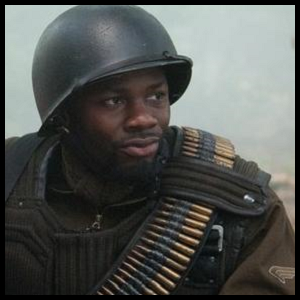 Prior to being rescued by Captain Rogers, Gabe was a linguistics major and graduate of Howard University who hoped to steal the hearts of European women with his winning smile, charming personality and fluency in multiple languages. Now his linguistic mastery has become an invaluable asset amongst the Howling Commandos. 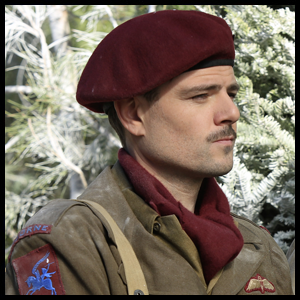 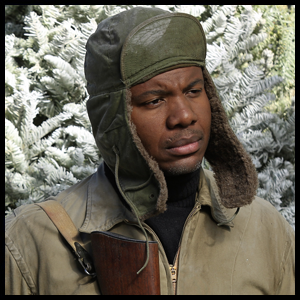 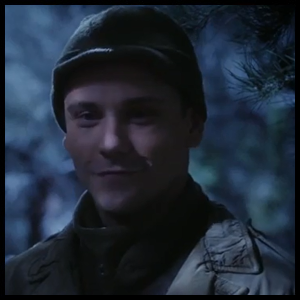