Nick Fury: The principle S.H.I.E.L.D. was founded upon was pure... Protection. One word. Sometimes to protect one man against himself, other times to protect the planet against an alien invasion from another universe... but the belief that drives us all is the same, whether it's one man, or all mankind.
Phil Coulson: That they're worth saving.

The Strategic Homeland Intervention, Enforcement and Logistics Division is an organization formed from the S.S.R. after the end of World War II. Inspired by the heroism presented by Captain America, S.H.I.E.L.D. was founded to protect the world from terrorist, alien, and supernatural threats, and to organize the best and brightest of the world to that end.

It would later be learned that S.H.I.E.L.D. had been infiltrated by HYDRA loyalists from the organization's conception, which would lead to the end of the group's position as the predominant defense organization of the world. As such, the organization was publicly disbanded (although operatives still worked toward cleaning up the mess HYDRA left in secret). 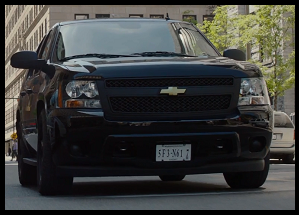 The heavily armored Chevrolet Suburban that was used by S.H.I.E.L.D. Director Nick Fury to get around safely. It can talk through its artificial intelligence equipped in it. 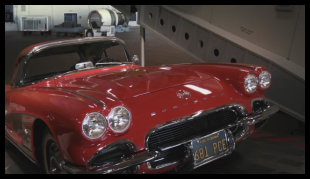 A '62 red Corvette that Coulson helped his father restore. Coulson has since made his own modifications to the car.