Characters / Kabaneri of the Iron Fortress

The series' main character, a young steam smith living in Aragane, who is untouched by the common terror of Kabane and is trying to devise the tools and techniques to fight them on an equal basis. He and his friend Takumi invented an anti-Kabane weapon, the Tsuranuki Zutsu based on the steam rivet-gun, but using it requires point-blank range, and he is bitten while testing it. He has a special blood-blocking rig, however, that doesn't let the virus affect his brain, and thus becomes a titular Kabaneri.

Click here to see Mumei as a fused colony 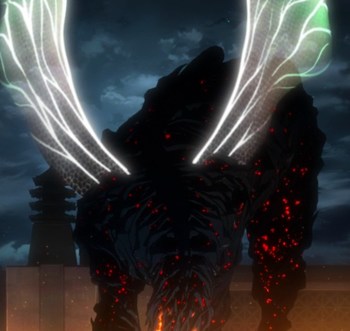 A mysterious Kabaneri girl traveling through Aragane to her brother at another station, who got entangled into the whole hoopla. She was forced to join the crew after Aragane got overran with Kabane and the monk who was her handler/bodyguard was bitten and committed suicide. Her brothernote Actually, Biba The Liberator, the Shogun's son and a famous Kabane exterminator, who saved her from a trigger-happy samurai several years ago. apparently has a lot of influence, given the respect she was met with by the bushi of Aragane, and she can slaughter Kabane by the dozen as well. Her real name is Hozumi.

Daughter of the Aragane's feudal overlord, she's a serious and diligent girl who is forced to lead the Aragane refugees as her father becomes a Kabane after running away.

Ayane's stern and rules-bound bodyguard, a young bushi who took an immediate dislike to Ikoma and tried to get him out of his sight whatever means necessary, but was forced to work together with him for the Kotetsujou's survival.

Another Aragane soldier and Kurusu's friend who is, in contrast, an open and friendly guy who treats everyone around him with respect and believes that the rules exist to make life easier for the people, not for their own sake.

Ikoma's friend and another steam smith who worked on the anti-Kabane gun together with him. Unlike his fearless friend, however, he's a much more cautious and worldly person, and tries to keep Ikoma out of his self-destructive obsessive episodes.

Yet another train mechanic and friend of Ikoma and Takumi, she considers herself not nearly as brave as the boys, and thus mostly keeps away from the action, mainly riding herd over the civilian refugees, thanks to her Cool Big Sis personality.

Yet another of Kotetsujou's mechanics (there's a lot of them on the crew), a handsome and somewhat smug lad who just got thrown into the same car with Takumi and Kajika when the fearful refugees sorta rebelled, but still carried his weight faithfully. 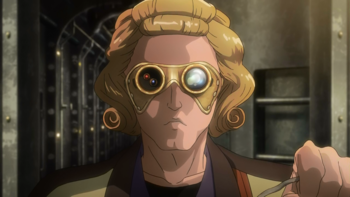 The train's chief mechanic, a guy with the awesome 'do like the early 19th century British wigs and strong English accent, he provides an expert management of his team and a lot of (probably unintentional) comedy.

Kotetsujou's Assistant Engineer, forced by the circumstances to head the train's crew similarly to Ayame. A stoic and taciturn girl, who, despite her apprentice status, controls the Kotetsujou competently and efficiently.

Leader of Hunters, the Shogun's eldest son and Mumei's adoptive brother. He's implied to be involved in some conspiracy around the Shogunate. 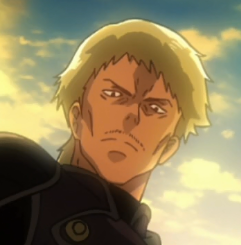 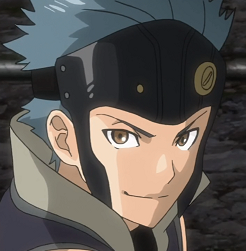 The Captain of the Hunters and one of Biba's most prominent subordinates. 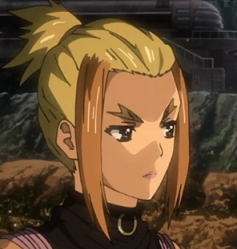 Click here to see Horobi as a fused colony 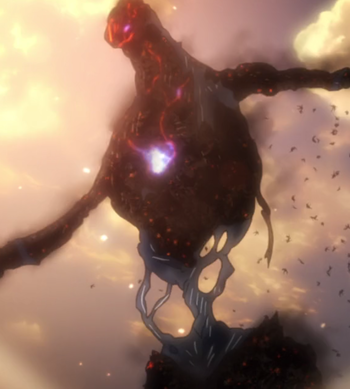 A quiet woman who acts as one of Biba's bodyguards. Later revealed to be another Kabaneri. 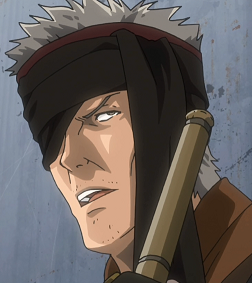 An old man who is introduced as one of the few survivors at Yashiro station. After a conversation with Mumei he is revealed to be a Hunter formerly known as Biba's 'Ear'.

Once the feudal Lord of Unato, when he was bitten by a Kabane and turned into a Kabaneri, his men turned on him, accidentally killing his daughter. Turning the entire castle of Unato into a hive of Kabane, he intends to get vengeance on those who betrayed him. 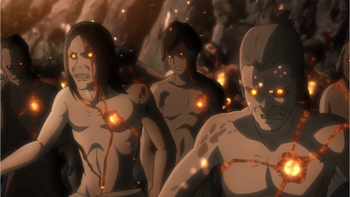 Undead monsters that prey on the living, the Kabane are an ever-present threat to the humans living inside the stations. 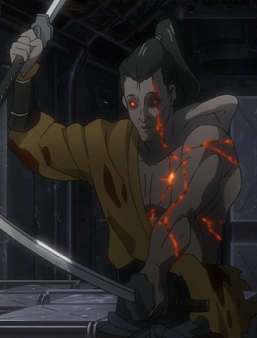 The elites among the horde, Wazatori are Kabane who have survived enough encounters with humans to have learned proper fighting techniques. Coupled with their inhuman strength and endless stamina, this makes them some of the deadliest foes a Bushi or Hunter can expect to face. 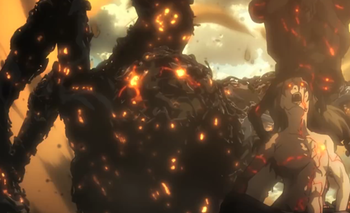 Click here to see what lies inside the colony's heart 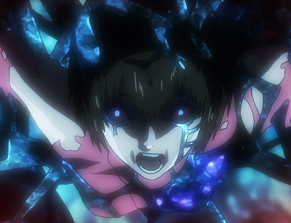 When the Kotetsujou stops at the ruined Yashiro Station, the terrified survivors claim that a 'black smoke' destroyed their home. This shadowy entity is later confirmed to be a Fused Colony, an amalgamation of thousands of individual Kabane capable of destroying entire stations on their own.