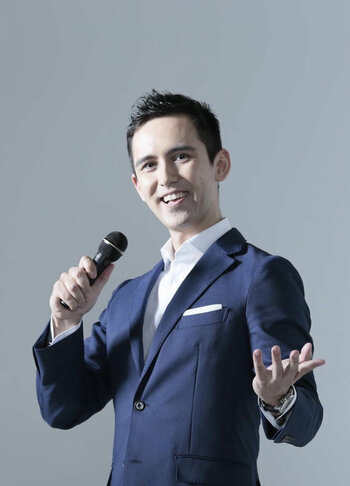 Maxwell Powers (born December 23, 1983) is an American voice actor based in Japan. Originally from Oakland, California, he moved to Japan to become a voice actor. He is best recognized for his highly distinctive and overenthusiastic announcer voice, which gets him frequently typecast as an English-speaking announcer and/or narrator in various trailers, games, anime, and movies. He holds many a narration work on Japanese TV, and his voice can be frequently heard internationally on channels such as NHK World.