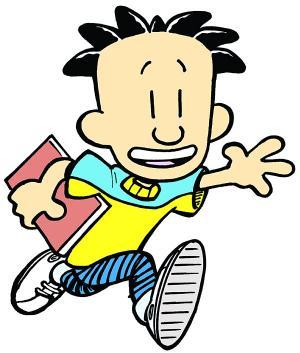 The title character. Nate is a sixth grade straight-C student, self-proclaimed ladies' man and Renaissance Man, and quite short (4'6" to be exact). His crush is Jenny, who hates him, and his sworn enemies are Gina and Mrs. Godfrey.

Nate's older sister, who drives Nate crazy. While originally one of the main characters, she has grown less significant as the strip goes on.

Nate's dad. The epitome of a Bumbling Dad, who is divorced, sucks at sports, and on the occasions that Nate is not the Butt-Monkey, expect Dad to be.

Nate's other best friend, who matches Nate in prankster tendencies. On the rare occasions that anyone agrees with Nate, it will most likely be Teddy. His parents are mathematicians, as evidenced by his middle name being the square root symbol.

A Canon Immigrant from the books who eventually became a character in the comic strip. She's a member of the drama club and a fellow cartoonist. 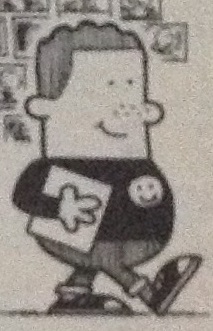 A Tiny Schoolboy who is amazingly cute and friendly, so he gets the attention of all the girls without even trying. Is a member of Nate's modern group of friends.

Note that there have been a lot of one-time characters named Chad over the years; this is the first one to be a major part of the cast.

Nate's long-running crush who is often annoyed and angered by him. Despite this, she manages to have something of a friendship with him. Is currently dating Artur. Moved to Seattle for awhile in 2013, but ended up returning. Nate also seems to have gotten over her after his breakup with Trudy.

A transfer student from Belarus, who is Nate's Foil. While he is probably the nicest character in the strip, he has a one-sided rivalry with Nate (from Nate's point of view). Very blind to sarcasm.

A popular girl who is Francis' girlfriend. She doesn't appear much nowadays. 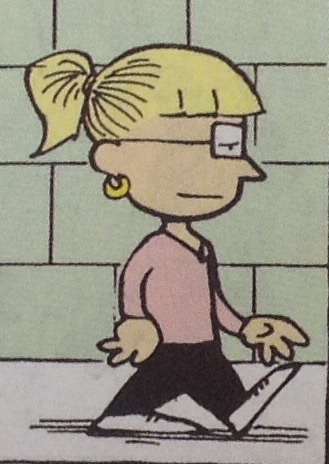 Nate's other arch-enemy, Gina is the polar opposite of Nate, getting straight A's and never letting him forget it. Basically, she's Ellen all over again, just a whole lot less ditzy. 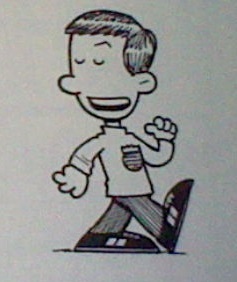 The main bully of P.S. 38, not counting Chester. Nate and his friends are often targets of his antics and thus, he and Nate butt heads alot. He's stopped being a bully by the end of Big Nate Blasts Off, at least in the books.

A stout, stoic girl who has a thing for Nate (though Nate doesn't like her). Nowadays she's going out with Chester.

Another bully who clearly has some... issues. He's described to be six and a half feet tall, three hundred pounds, and has five o' clock shadow. He has a extremely short temper, so beware of pushing his Berserk Button. Is currently dating Kim Cressly.

Nate's first girlfriend. Nate met Angie when he was going to summer school; she had moved into town late in the school year and had to go to summer school to catch up. She shares some of Nate's interests, like art, soccer, and Cheez Doodles. Angie broke up with Nate after she just lost interest in their relationship, leaving Nate crushed.

Nate's third girlfriend, nicknamed Trudy. Nate met her at a summer fair and instantly developed a crush on her. It took some time to discover that she was a new student and also a seventh grader. Nate broke up with her when she refused to hang out with his friends. 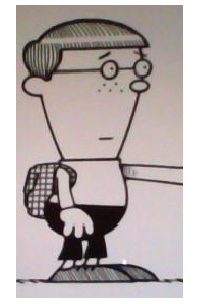 A new kid introduced in Big Nate Lives It Up. Is obsessed with botany. 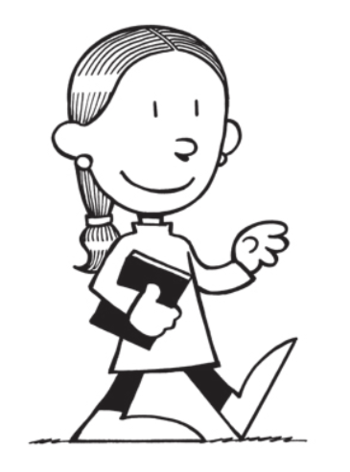 A new student and Nate's crush in Big Nate Blasts Off.

Nate's social studies teacher and Arch-Enemy. While not as evil as Nate often describes her (because only Umbridge could be that evil), often shows blatant favoritism.

Nate's English teacher. She's supportive of Nate and generally nice to all the students, and also one of Nate's favorite teachers.

Nate's math teacher. He has a passion for math and bad jokes.

Nate's science teacher. He's pretty old and very boring, so his class isn't the most exciting.

Nate's gym teacher, coach, and health teacher, except when Coach John fills in for him.

The other gym teacher and coach in P.S. 38. He's a bit old-fashioned with his coaching tactics, and prefers to yell at kids and make them run wind sprints.

The main bully of Jefferson that harasses P.S. 38 students.

One of Nate's former girlfriends whom he met at a summer soccer camp. She's a little more on the tomboyish side, liking soccer and football. She's notable in that she's the only named student we've seen from Jefferson that doesn't show Irrational Hatred to any P. S. 38 kid. Nate ended up breaking up with her through a note that he delivered to her house. Unfortunately, Kelly saw him as a jerk for not breaking up with her face-to-face, dumping him. 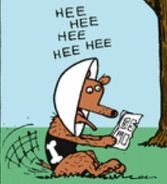 A dog belonging to Nate's neighbor and is probably the closest thing to a pet Nate could ever have.

Nate's class hamster who spends his days snarking at the class' antics.