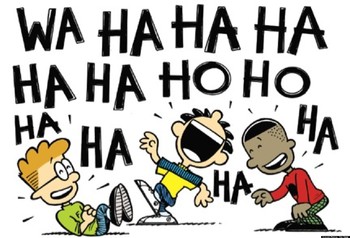 They're laughing becuse they know their strip is so funny.
Big Nate has been around for almost 30 years . So, it's expected that it gets in some hilarious stuff.Examples include: