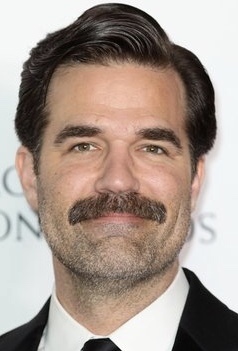 I can't "make" you love me. But I can fill my pantry with your favorite snacks and offer you a weekly stipend of $75.
— Rob on Twitter.

Rob Delaney (born January 19, 1977 in Massachusetts, U.S.A.) is an American actor, comedian, and screenwriter, known best for his starring role as Rob in Catastrophe and supporting role as Peter in Deadpool 2.

Of Irish descent, Rob Delaney grew up in the seaside town of Marblehead. He graduated from Tisch School of the Arts with a degree in musical theatre. He is married to Leah Delaney, and they have four children.