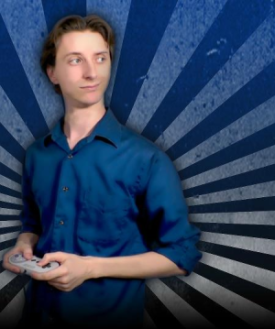 Besides those main shows, he does several other kind of videos, such as short skits, guides, and Self-Imposed Challenge Let's Plays.

More recent Let's Plays (including newer Nuzlocke runs) are in his other YouTube channel, which can be found here.

Games ProJared Has Done Videos On

Tropes in his "Pokemon Nuzlocke" series:

"That's why my final rating for this article... is a strand of Fast Eddie's beard out of ten."
Feedback

Jared shows how much he loves "Monster Hunter" by giving the third game a 12/10.

Example of:
Broke the Rating Scale

Jared shows how much he loves "Monster Hunter" by giving the third game a 12/10.