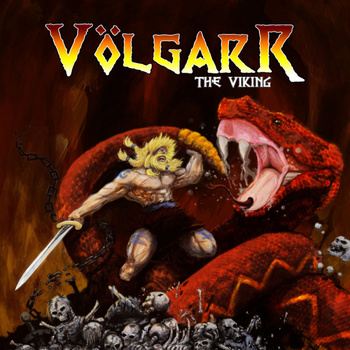 Volgarr the Viking is a difficult action/platformer developed by Crazy Viking Studios, and published by Adult Swim Games. It was initially released on September 13, 2013, and is currently available for PC, Xbox One, PlayStation 4, Play Station Vita, Wii U, and Nintendo Switch.

The warrior Volgarr has been charged by Odin with a quest to defeat an evil dragon, armed with a sword, a spear and a wooden shield he embarks on a journey to complete his duty.