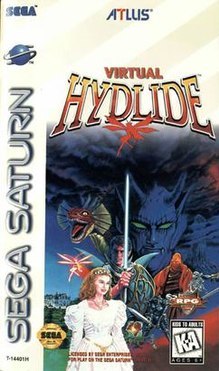 Virtual Hydlide is a roguelike released for the Sega Saturn in 1995. It was developed by T&E Soft and published by Sega in Japan and Europe and by Atlus for North America.

The game is a 3D remake of Hydlide but with randomly generated maps. The plot is the same as the first game: a princess is attacked by Varalys, who turns her into three fairies and scatters them through the land. One of her kingdom's bravest knights, Jim, sets out to retrieve the fairies and the crystals that will restore her to her original form and allow him to slay Varalys.