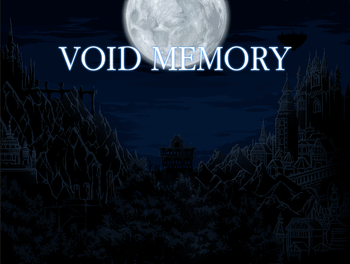 Void Memory is a 2D Side View Hack and Slash game, developed by Gustav for PC and released on Steam on October 30th, 2017.

In it, you are a nameless "phanthom", summoned at the price of your creator's own life. With his dying words, he says that you must find the Relics "so that the world can be as it is supposed to". Thankfully, you did not just "inherit" most of the appearance of your creator (white hair is essentially the only difference), but also the same clothing, a sword and a revolver, and there are also a few "phanthom" powers to aid you!