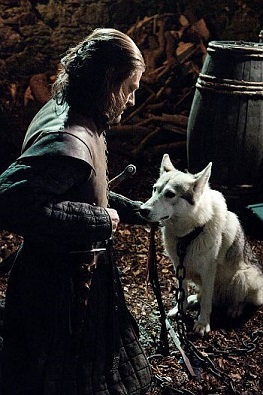 "The wolf is of the North. She deserves better than a butcher."
"You want to know the horrible truth? I can't even remember what she looked like. I only know she was the one thing I ever wanted. Someone took her away from me... and seven kingdoms couldn't fill the hole she left behind."
— Robert Baratheonnote The truth is actually even more tragic than even he believed at that time.
Advertisement:

For House of the Dragon, see here.