Warning: the night is dark and full of (uncensored) spoilers.

Official policy states that no spoiler tags should exist on recap pages. Read at your own risk. 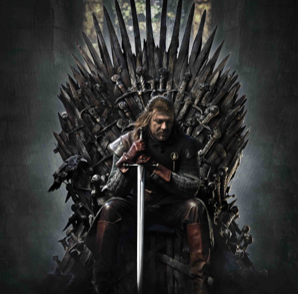 You win or you die.
First Ranger Benjen Stark: Direwolves south of the Wall, talk of the walkers, and my brother might be the next Hand of the King. Winter is coming.
Lord Eddard Stark: Winter is coming...

The first season of Game of Thrones is based off Book One of the fantasy novel series A Song of Ice and Fire. The book title, A Game of Thrones, is being used as the overarcing title for the whole TV series. The first season consists of ten episodes, written by the show creators, David Benioff and D.B. Weiss, as well as Jane Espenson, Bryan Cogman and the author of the novels himself, George R. R. Martin (who wrote episode #8, "The Pointy End"). 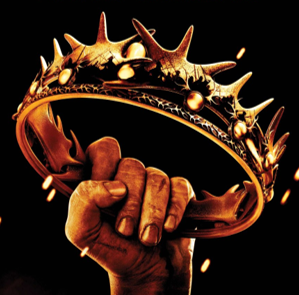 The series was renewed for a second season only a few days after the premiere of the first episode. The season is based off of Book Two, A Clash of Kings. David Benioff and D.B. Weiss continued to write most of the episodes, with George R.R. Martin writing one episode as well (#9, entitled "Blackwater"). There are ten episodes. 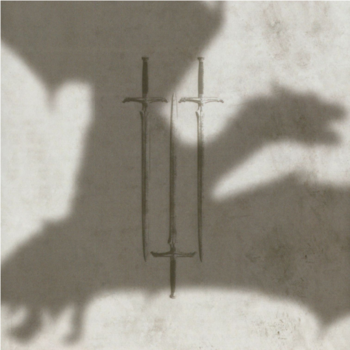 There will be no shelter from the storm.
Tyrion Lannister: How long does it go on?
Cersei Lannister: Until we've dealt with all our enemies.

The show's ratings actually improved in season two, so that a third ten episode season was quickly green-lit. As the third book, A Storm of Swords is too long to properly fit into that time (having a similar word count to the entirety of The Lord of the Rings), and the ambitious scope of the series precludes making more within a year, Season Three does not contain the entirety of the third book. George R.R. Martin wrote episode #7, "The Bear and the Maiden Fair." Though it should be noted that the writing credits for this season aren't exactly accurate, as many scenes got swapped between episodes. 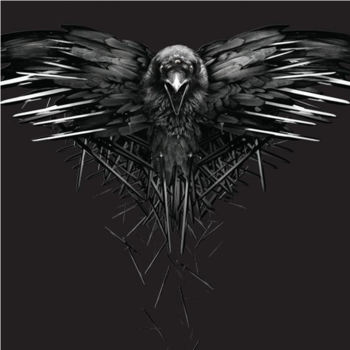 All men must die.
"The Starks have always ruled the North. If they're alive, the North will rally to their side."
— Ramsay Snow

The ratings exploded in season three, setting a new record with almost every episode, so naturally a fourth season was quickly approved. It covers roughly the last third of A Storm of Swords, and also adapts some elements of A Feast for Crows and A Dance with Dragons, which take place simultaneously. George R.R. Martin wrote episode #2, "The Lion and the Rose." 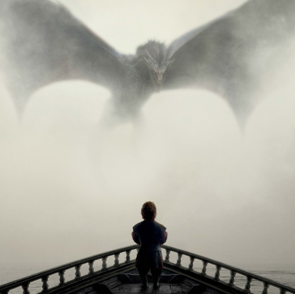 Justice has a price.
"There's no justice in this world. Not unless we make it."
— Lord Petyr 'Littlefinger' Baelish

Season Five adapts A Feast for Crows and A Dance with Dragons, consolidating the events into one linear narrative instead of separating the story by location as the books did. Beginning this season, however, the series also begins to move beyond the source material, featuring events that (at time of broadcast) had yet to occur within the books, and in several cases story arcs belonging to characters not featured in the TV series are reassigned to established TV characters. 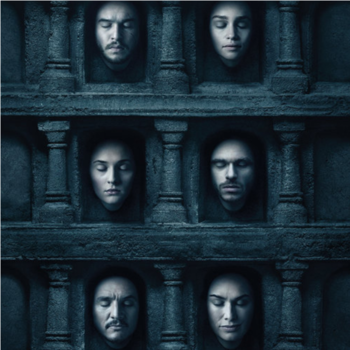 Season Six adapts some content from A Feast for Crows and A Dance with Dragons, as well as the not-yet-released The Winds of Winter, but largely consists of original content. 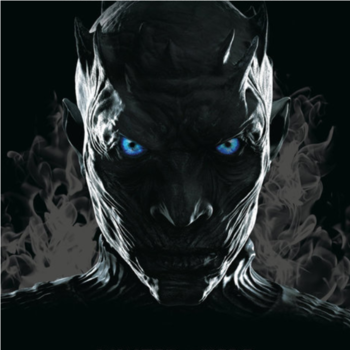 Winter is here.
"If we don't put aside our enmities and band together, we will die. And then it doesn't matter whose skeleton sits on the Iron Throne."
— Ser Davos Seaworth
Season 8 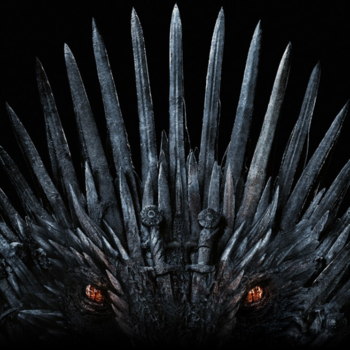 For the throne.
"Everything you did brought you where you are now. Where you belong. Home."
— Bran Stark