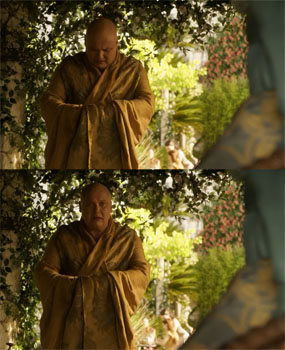 "What happens when the nonexistent bumps against the decrepit?" note ... A question for the philosophers.
"An inspiring sight for the people, eh? Come, bow before your king. Bow, you shits!"
— King Robert Baratheon, while dressed in his smallclothes

open/close all folders
Behind The Scenes
Out of Canon