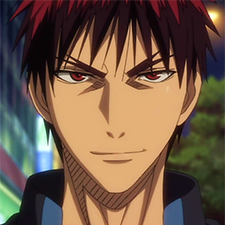 An extraordinary basketball player, he lived in the United States until partway through middle school. Upon returning, he finds himself disappointed at the level of basketball in Japan. After learning about the Generation of Miracles, he makes it his goal to take them down with the help of Kuroko.

A first year student and Seirin's secondary point guard. Initially spending most of his time on the bench, he eventually sees some play by the Seirin's last two matches in the Winter Cup. 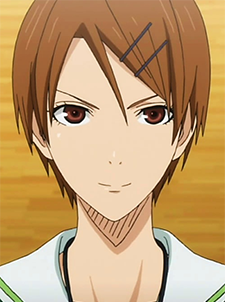 A second year student at Seirin who's also the coach and manager of the Seirin basketball club. She managed to take the team to the Regionals in her first year of coaching. 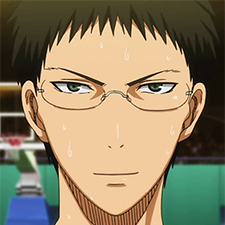 The captain of the Seirin basketball team. A reliable clutch-player, he is Seirin's primary pillar of mental support in games. 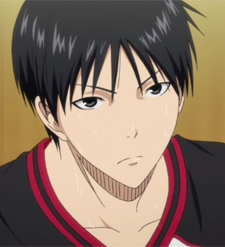 Seirin's primary point guard. He knew Hyuuga in middle school. He started playing basketball in 2nd grade, the earliest of anyone in the Seirin team.

A hook-shooter. He never speaks in-series, though the other 2nd years seem to be able to understand what he's saying through expression alone. Nevertheless, he gives off the impression of a Nice Guy.

A Jack-of-All-Stats, he started playing basketball in high school because he thought it looked cool. He's been friends with Mitobe since middle school.

The Generic Guy of the Seirin 2nd years. He specializes in rebounds. 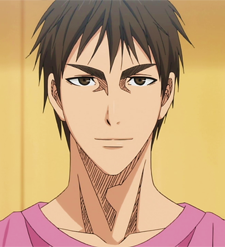 Founder of the Seirin basketball club. Seirin's former ace, and one of the Uncrowned Generals. His extremely large hands allow him to hold the basketball as a handball, allowing him to use skills such as the Right of Postponement, and later Vice Claw. While the main center for Seirin, he's also capable as a point guard, allowing him to combine both positions and create his own play style. He suffered a Game-Breaking Injury at the hands of Hanamiya, and the injury is bad enough to force him to have to retire after this year's Winter Cup. 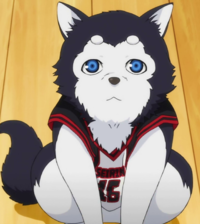 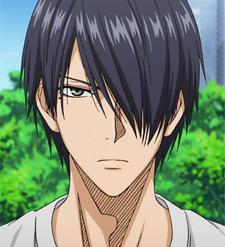 Himuro was Kagami’s first friend in America, and also his big brother figure, who basically taught him basketball. However, Himuro decided that he could no longer be Kagami’s big brother if he were to ever lose to him, therefore shaking their relationship. Himuro comes back to Japan as one of Yosen’s Aces.

One of the Uncrowned Generals. His ability is to dribble extremely fast, making the ball hard to steal.

One of the Uncrowned Generals. He's implied to be good at drawing fouls, especially while shooting three-pointers, resulting in four-point plays. This is just one of his abilities, called chi (earth). He can also shoot fade-away three-pointers, called ten (heaven), as well as a three-pointer shot he rarely uses, where the opponent is unable to move, called kokuu (void/empty air).

One of the Uncrowned Generals. While an extremely strong center, his main skill is currently unknown. It turns out he has none; all he has is strength. In addition, he used to play as a power forward. 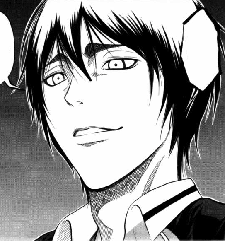 The captain and coach of the Kirisaki Daiichi team, and one of the Uncrowned Generals. Constantly uses underhanded methods and dirty tricks to win the game, but is also very skilled in his own right; his main skill is to steal the ball from his opponents. Was the cause of Kiyoshi's Game-Breaking Injury last year.

A former regular of Teikou's first string who was supposedly kicked out for being too violent. Actually it was because Akashi predicted that Kise would eventually surpass him... or it could be both. Kise replaced him on the team. 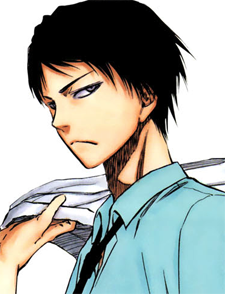 Teikou's team captain when the Generation of Miracles first joined, and later its vice-captain with Akashi. He steps down in his second year because of familial problems, recommending Akashi take up the captain position fully. 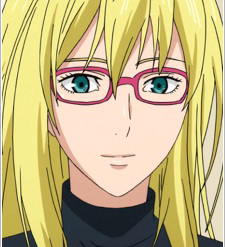 A former college basketball champion and WNBA player who is now a basketball coach. She was Himuro and Kagami's basketball mentor from the States.