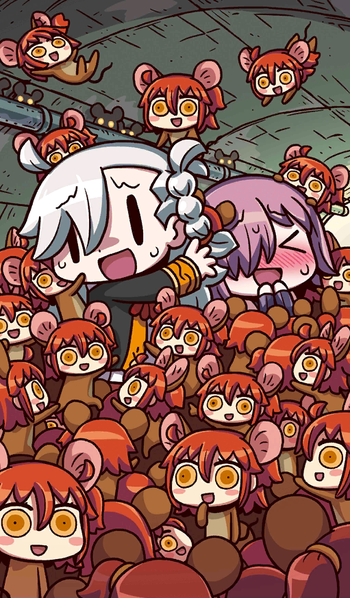 Despite having to save the world, some laughs here and there won't impede the effort, right?

open/close all folders
In General
"My Room" Interactions
Interludes
Some interludes have you goofing around with the featured Servant:
Advertisement:
Others