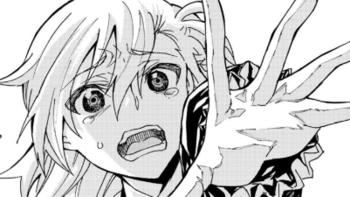 "From the moment I was born, I've never been accepted by anyone!"
Advertisement:

Fate/Grand Order may be a mobile game, but it's written by the Type-Moon staff including Nasu himself, so brace yourself for the waterworks.