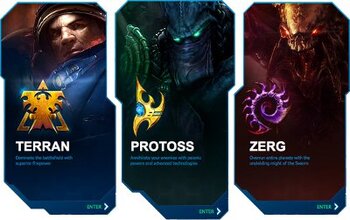 The three factions.
"This is not Warcraft in space! I-it's much more sophisticated!"
—Artanis
Advertisement: