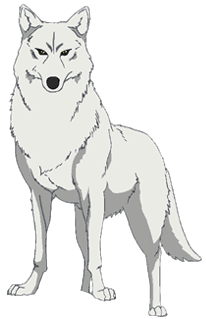 An Arctic Wolf who is dedicated solely to finding the Lunar Flower and opening the way to Paradise. Kiba primarily acts on his instincts, which sometimes lead him to behave rashly, and the others to call him idealistic. Full of wolf pride, Kiba initially expresses disgust at wolves who use human disguises, but eventually realizes that it is necessary to survive. 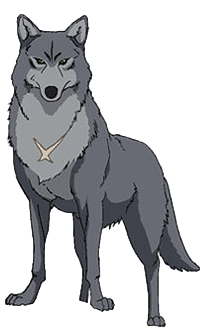 A Grey Wolf with a large X shaped scar across his chest, not counting many others. Rough and self-reliant, Tsume is a strong fighter who keeps his true feelings to himself. He joins the others after his human gang in Freeze City betrays him. He does not initially believe in Paradise, but eventually starts to believe in their goal and choses to follow them not because of a lack of a better option but out of trust. 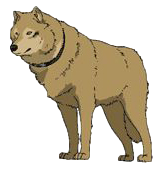 A Mexican Wolf with a carefree attitude, who seems quite comfortable living in human society.

After meeting Kiba, he goes along with the idea of searching for Paradise without much argument. Despite his easy-going and apparent laziness, he does hide some secrets of his own.

A Red Wolf who was raised by an old woman. He is considered the pup or the runt by the others and is the one with the least animosity or contempt towards humans whom he often seeks to initiate contact with.

Inexperienced, emotionally needy and consumed with self-doubt at the beginning, he gradually becomes much more confident and bold.

The Flower Maiden, Cheza is an Artificial Human created via alchemy from a Moonflower.

The wolves need Cheza to find and open the gateway to Paradise. Originally asleep and under study in a lab in Freeze City, Cheza is eventually able to join the wolves, whom she loves, and travels with them. 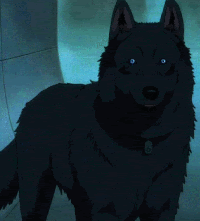 to see her wolf form

At first, Blue travels along with her master Quent Yaiden, hunting wolves. But Blue finds out that she is actually half-wolf, and unwilling to hunt her own kind, Blue leaves Quent to join the wolves.

A scientist involved in studying Cheza. 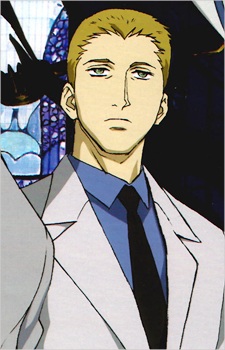 A police detective and ex-husband of Cher Degré.

A wolf hunter. He lives a life on the go with only his dog, Blue, to keep him company and aid him in his pursuit of wolves to kill.

The leader of the recapture party who is in charge of getting Cheza back to the lab. 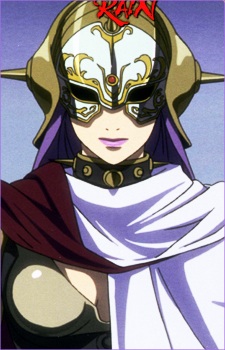 The leader of the mysterious Black City and part of one of the three feuding Noble Families. 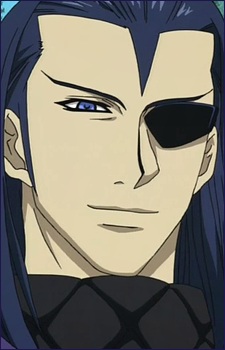 The third generation of the Darcia family of Nobles. He seeks to use Cheza to somehow revive his lover Harmona. 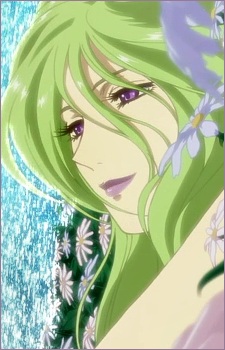 Darcia's love, who has been stricken with "Paradise sickness", in which her soul is "taken by Paradise", causing her to fall into a coma. 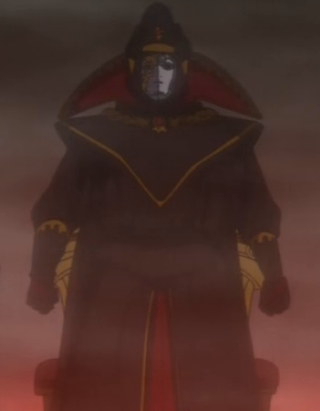 The leader of Freeze City, and of one of the three Leading Noble families of the House of Lords. He stole Cheza from the Darcia Family in order to perform experiments and awaken her so she could lead the way to Paradise.