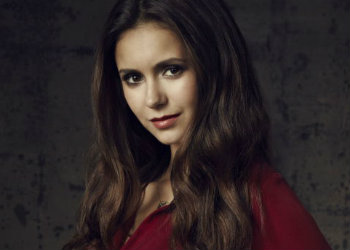 Portrayed by: Nina Dobrev
"I don't question why everyone tries so hard to save me. You shouldn't question why I try so hard to save everyone else."
Elena is a 17-year-old popular, beautiful human girl. She is the protagonist of the series. Elena reassesses her priorities following the death of her parents in a car crash of which she's the only survivor. Elena fatefully meets a handsome, mysterious new student, Stefan Salvatore, and she feels an instant and undeniable connection with him. After a period of time, Elena starts to realize that Stefan is in fact far from normal. Unbeknown to her, Elena is far from normal as well. As a Gilbert, she is a descendant of one of the town's Founding Families. She dies in "The Departed" before it's revealed that Meredith gave her vampire blood earlier in the night and she wakes in the transitional stage. 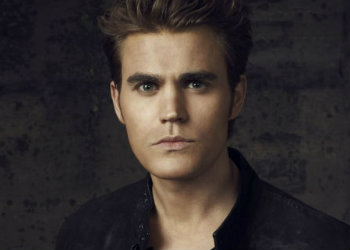 Portrayed by: Paul Wesley
"I don't hurt people. I don't do that. I'm the good brother."
Stefan is a mysterious, handsome century old immortal. He is a protagonist, and narrator of the series. Stefan is known to be the good vampire brother (between he and Damon) and is seen to be kind, caring, compassionate, heroic and selfless. Stefan tries to avoid drinking human blood due to the fact that he hates hurting or killing anyone (drinking human blood turns him into an insane, amoral "ripper", choosing to feed from the blood of animals instead. Stefan is weaker than most other vampires, in particular his elder brother Damon who has held a grudge against Stefan for over a century. Early in the series, Stefan fatefully meets and falls in love with Elena Gilbert. He develops a mutual romantic relationship with her while protecting her and her loved ones both from his own nature and other vampires. In the season two finale Stefan reverts back to his darker side, the Ripper, in order to save Damon from dying from a fatal werewolf bite. In exchange for the cure (which is Klaus' hybrid blood), he becomes a servant to The Big Bad, Klaus. Since season three onwards, Stefan has turned on his humanity and reverts back to his normal, humane self.
Damon Salvatore 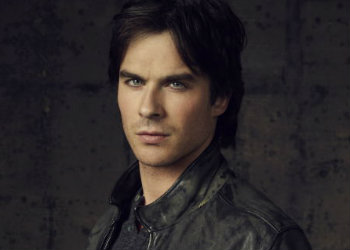 Portrayed by: Ian Somerhalder
"It's cool not growing old. I like being the eternal stud."
Damon is Stefan's malevolent, dangerous and impulsive older brother. He is the anti-hero and the antagonist (especially in season one) of the series. He is most certainly not a Friendly Neighbourhood Vampire. He long ago swore to make Stefan's life "an eternity of misery". At first, he kills a lot of people in Mystic Falls, but later moderates his behaviour for a number of reasons but he remains dangerous. When he wants to, Damon can be charming and hilarious... but also cruel and capricious, and capable of killing on a whim. For the first season, Damon is the series' Antagonist, but has reverted his status to help Stefan and protect Elena.
Bonnie Bennett 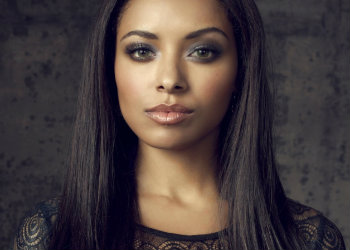 Portrayed by: Kat Graham
"You saw what I was able to do tonight. I know who I am now. If Damon spills one drop of human blood, I'll take him down."
Bonnie is Elena's best friend, who is a bubbly, optimistic, carefree, spirited girl. Although her best friend is Elena, she is also very close friends with Caroline. Bonnie begins the series haunted by strange visions. She soon discovers that she is a witch, like her grandmother before her, but finds herself torn between her loyalty to Elena and her desire to protect the town of Mystic Falls from the vampires.
Jeremy Gilbert 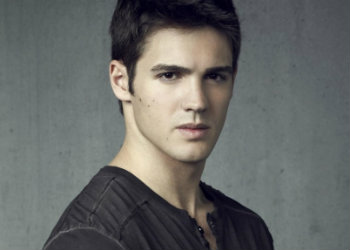 Portrayed by: Steven R. McQueen
"Why does everyone keep dying on me?"
Elena's little brother took their parents' death poorly, falling into self-destruction and drug abuse. He also fell in love with the troubled and older Girl Next Door, Vicki Donovan. He's far from stupid, and Elena's desperate attempts to protect him from the vampires only make him suspicious and he starts to distrust her.
Caroline Forbes 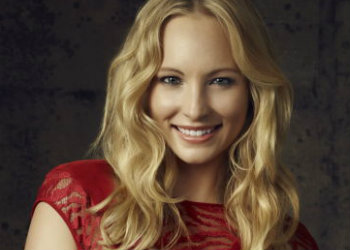 Portrayed by: Candice Accola
"So you're saying now I'm an insecure, neurotic control freak... on crack?"
Caroline is Elena and Bonnie's ''other'' friend (and uncomfortably aware of this). She is a young, bubbly, spunky, shallow human turned vampire. Caroline is a similarly rich and privileged young woman. She is a descendant of the founding families through her mother, Sheriff Liz Forbes, but the importance of her mother's job means that Caroline often feels neglected, leading to a troubled relationship between the two of them. Desperately insecure and somewhat resentful of existing in Elena's shadow, things get even worse for Caroline when the attractive older man who catches her eye turns out to be Damon Salvatore, who uses her as a minion/sex-toy/blood-bank. After she is freed from his control, she starts dating Elena's ex, Matt - which isn't especially good for her inferiority complex. Caroline eventually falls in love with Tyler Lockwood and the two develop a romantic relationship. However, although Caroline loves Tyler, she does display an attraction towards, Klaus Mikaelson, an Original hybrid. Caroline is also very close with Stefan and she is often seen as Lexi 2.0 for Stefan. In the second season, she is turned into a vampire by Katherine, and actually manages to settle comfortably into this "undead life" despite the difficulties. 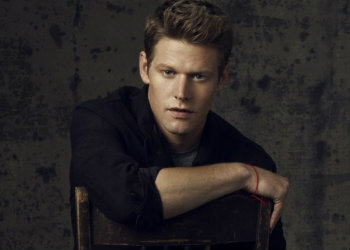 Portrayed by: Zach Roerig
"I get it, this is your life now. But you know what my life is, Caroline? My life is an absentee mom, and a bunch of bills to pay, and school, and a job, and it sucks sometimes, but it's my life and I think that I just want to live it without all this."
Matt is Elena's childhood friend and first love. Matt was willing to give Elena space after the death of her parents, hoping that the two might eventually get back together. Naturally, he was somewhat upset when Elena then fell for Stefan... but was able work past it, befriending his 'love rival' and eventually beginning a new relationship with Caroline. Perhaps the reason for his mature outlook is that he had to grow up fast - unlike most of the other characters, Matt isn't the descendant of an ancient family, but from the wrong side of the tracks; from an early age, he had to look after his irresponsible alcoholic mother, Kelly and stoner big sister, Vicki.
Vicki Donovan 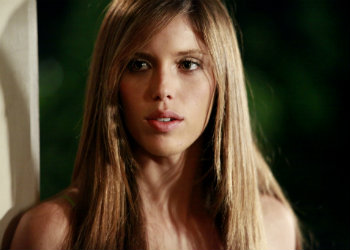 Portrayed by: Kayla Ewell
"Don't start with the little twelve-steps thing. School councilor has been down that road, it doesn`t work for me."
Matt's older sister and Jeremy's first girlfriend, Vicki is a compulsive drug user who gets high to avoid her crappy life. She is turned by Damon on a whim.
Tyler Lockwood 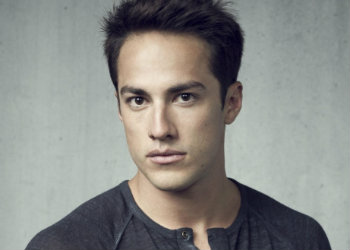 Portrayed by: Michael Trevino
"I have no one else to tell. I'm sorry about earlier. It's just, I'm alone with this. What's gonna happen to me? I'm gonna turn on the next full moon, and I won't be able to stop it. I'm scared."
Matt's best friend, though the two couldn't be more different - Tyler seems to be nothing more than a Jerk Jock, and the son of the town's Mayor. But his parents are very unpleasant people... and Tyler has actually inherited more from his father than just womanizing ways and a hair-trigger temper... The Lockwood bloodline are actually potential werewolves, and following Katherine's plan in the second season Tyler becomes a full werewolf himself.
Jenna Sommers 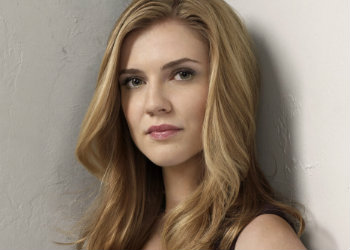 Portrayed by: Sara Canning
"I've become my worst nightmare. The authority figure."
In a better world, Jenna could have been an awesome cool aunt to Elena and Jeremy. With the tragic death of her sister and brother-in-law, however, she has to step up into the role of guardian for the two of them but she's not really suited for it. Still, she tries... and at least she gets a nice love interest in the form of Alaric, following the second mysterious disappearance of Logan "Scum" Fell. She is turned into a vampire and then sacrificed by Klaus.
Alaric Saltzman 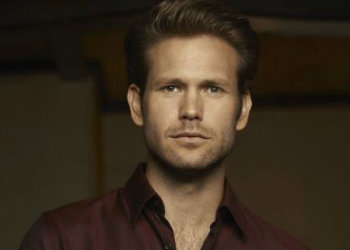 Portrayed by: Matt Davis
"I was a little too distracted by my dead vampire wife to ask any questions."
Alaric is the replacement history teacher after Mr Tanner was killed by a mountain lion, Alaric is much friendlier. But he's not without secrets - he came to Mystic Falls to hunt vampires, in particular the one that killed his wife. He finds rather more than he planned to... but settles into working with the heroes to protect the town from supernatural threats.