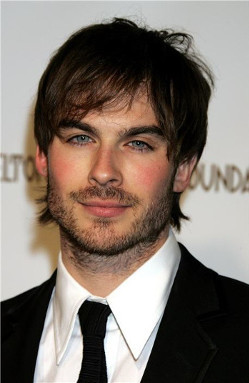 Ian Joseph Somerhalder (born December 8, 1978 in Covington, Louisiana) is an American actor and model. A supporting actor for much of his career, he came to prominence as Boone Carlyle in Lost, before being cast as Ensemble Dark Horse and Breakout Character Damon Salvatore on the well-received The Vampire Diaries.

He has been married to Nikki Reed since 2015 and they have one child.

Tropes associated with the creator and his roles:

Anyone Else Lives Here?

Damon casually kills a woman after confirming that nobody would miss her.


Example of:
Have You Told Anyone Else?

Anyone Else Lives Here?

Damon casually kills a woman after confirming that nobody would miss her.