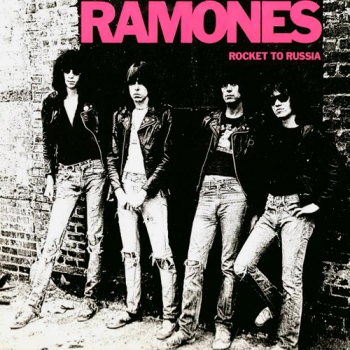 Rocket to Russia is the third studio album by The Ramones, released in 1977. It is best known for hits such as "Cretin Hop", "Rockaway Beach", Sheena Is a Punk Rocker", "We're a Happy Family", "Teenage Lobotomy", and the covers of "Do You Wanna Dance?" and "Surfin' Bird". It's often seen as one of their best albums, along with their debut album from 1976.

It is also their final album with Tommy Ramone on drums. He quit the band shortly after release, replaced by Marky Ramone. Tommy did still help produce much of their later releases though.

Sheena Is a Punk Troper: