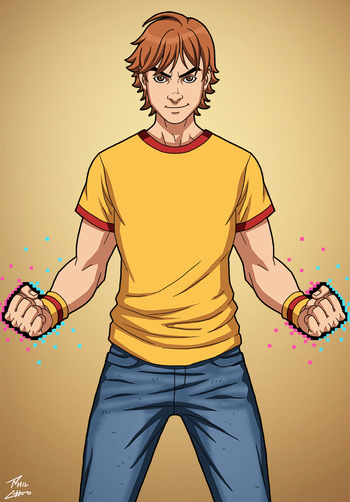 Scott Pilgrim is a citizen of Maple City. He's the bassist for the indie rock band Sex Bob-omb, but he's also the dishwasher at the Happy Avocado to pay the bills. He's also a meta-human. He's quick to point out that he's not psychic, at least in the normal sense. He just has a more powerful aura than normal people and he has not really noticed it does anything for him other than giving him an odd perspective on things. 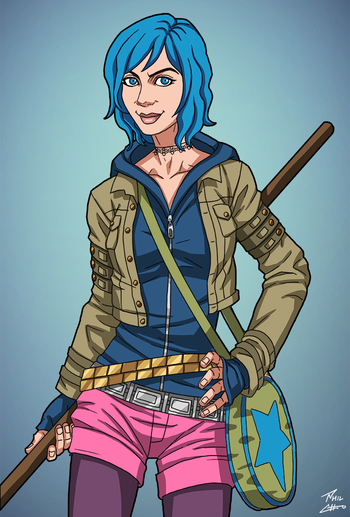 Ramona Flowers represents the spirit of adventure and wanderlust of their ancient self. She has assumed a feminine form, has the trappings of a messenger goddess, and changes her hair color "like every three weeks". Fearing that she will be forced into accepting this course of action, Ramona has been on the run from her other exiles for many years. 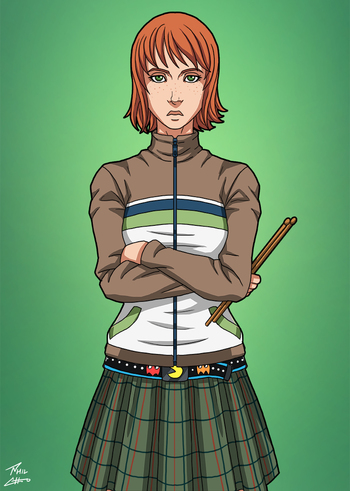 Kim was Scott's first girlfriend, his longtime friend, and the drummer of Sex Bob-omb. Kim is known for having a rather cynical view of the world and those around her (including Scott).
Stephen Stills 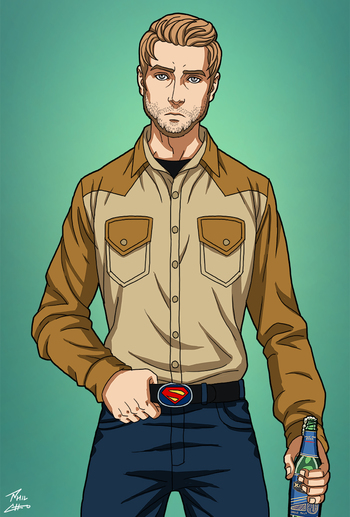 Stephen Stills is the lead singer and guitarist of Sex Bob-omb. He is an anxious worrywart despite his metahuman powers. He was Scott's roommate at the meta-academy in Maple City and remains one of Scott's closest friends, even getting Scott his job at the Happy Avocado where he works with Stephen (though Stephen is a cook). 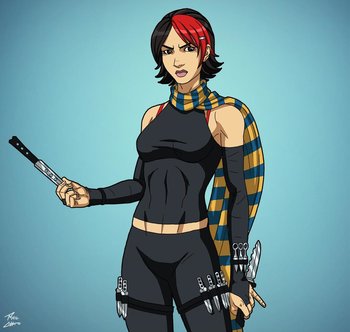 Knives Chau is another of Scott's exes... though she's not sure she's ready to give up on them just yet. She's a huge Sex Bob-omb fan and is currently in her final year at the meta-human training academy in Maple City. Oh yeah, and she's a ninja and so is her father. 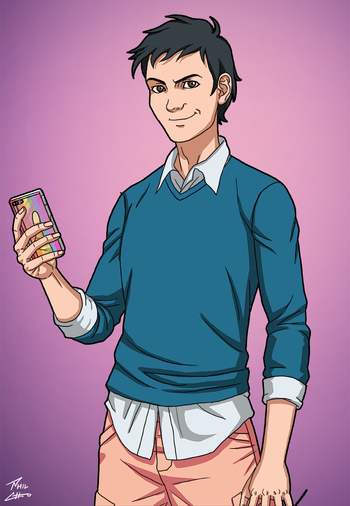 Wallace is Scott's cool gay roommate. He is also a psychic himself (though he refers to this as 'chi'). He often acts as Scott's voice of reason.
(Young) Neil Nordegraf 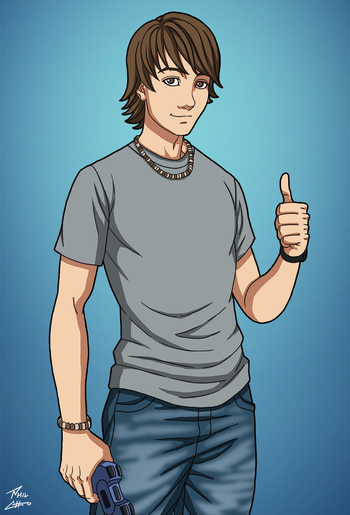 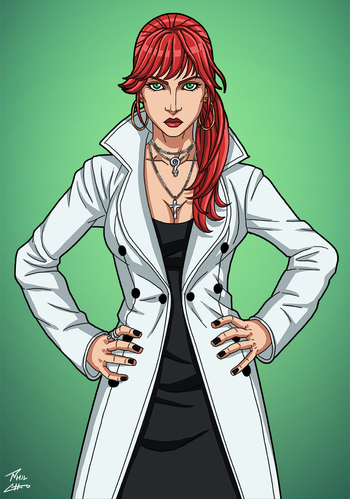 The famous lead singer of the rising band, The Clash at Demonhead. She is also Scott's old girlfriend from their college days. They were in a band together, they broke up, she joined a new band, she got famous, Scott didn't.
Stacey Pilgrim 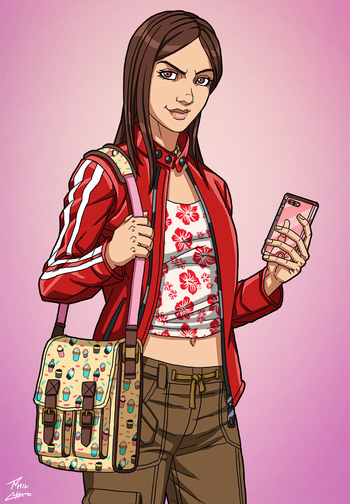 Stacey Pilgrim is Scott Pilgrim's 19-year-old younger sister. She serves as Scott's moral support when Wallace is nowhere to be found.
Julie Powers 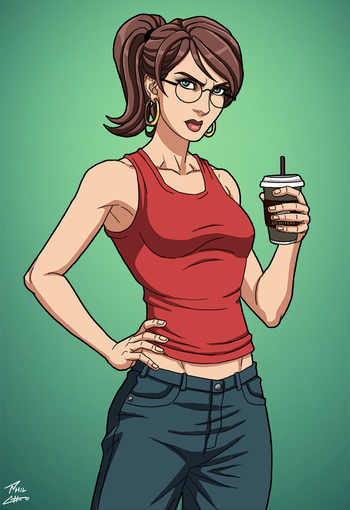 Stephen's on/off girlfriend. Known for her abrasive personality and razor-sharp criticisms of others.
Lynette Guycott 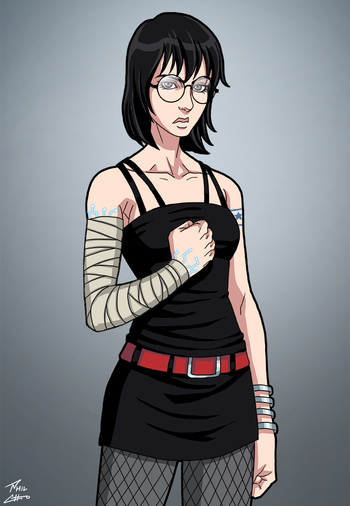 The drummer of The Clash at Demonhead. She largely remains silent and expressionless and lets Envy and Todd do all the talking. She has a bionic arm and is a meta-human capable of teleportation.
Lisa Miller 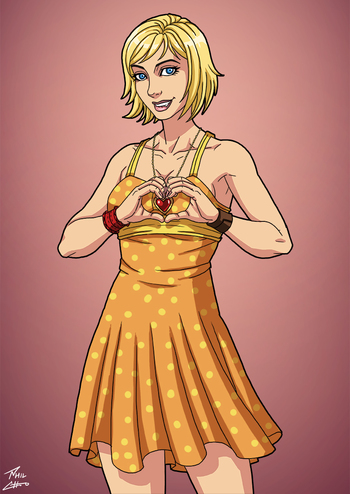 Scott's first friend from high school, she was once part of his group of friends alongside Kim, even forming a band together.
Jiau "John" Chau 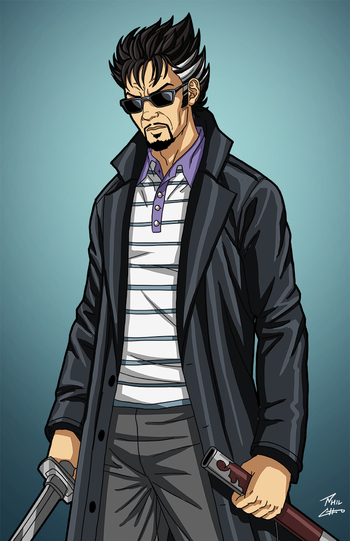 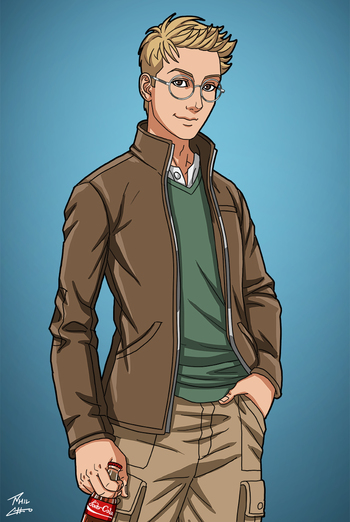 The boyfriend of Stacey Pilgrim, although that doesn't last for long. He knows everyone.
Dominique Graham 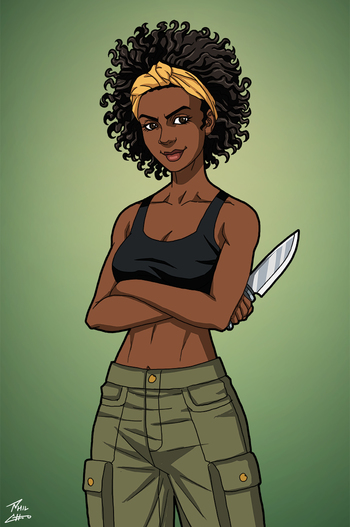 Scott and Stephen Stills' boss at the Happy Avocado.
Nega-Scott 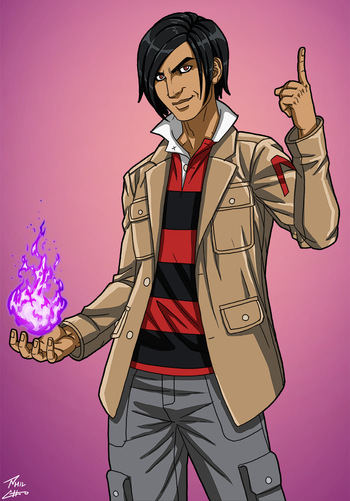 Matthew Patel represents the mystical knowledge and esoteric nature of the former eight-fold entity. He is a dark sorcerer who has made pacts with demons for infernal power and often found in the company of his "demon hipster chicks." He is a firm believer in tradition and is desperate to return to his former glory, actively hunting Ramona using occult means for years. 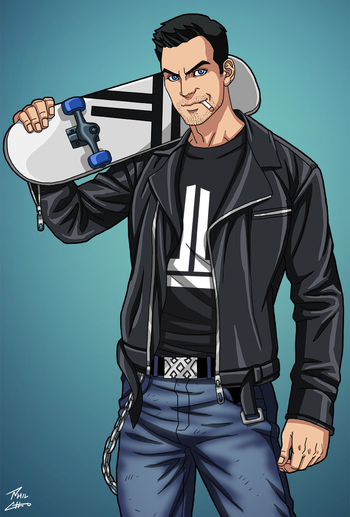 Lucas Lee represents the warrior code and martial power of the fractured god-that-was. Lucas has incredible strength and courage, not only knowing no fear but driven to prove he is fearless in the face of any danger.
Todd Ingram 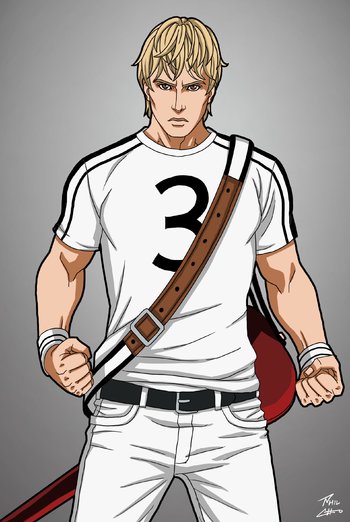 Todd Ingram represents the artistic passion and sense of entitlement that the exiles once held. Using his mastery of music, he has established himself as a celebrity by becoming a famed musician. Todd is also known to make pacts with other gods and spirits for additional power in his quest to become a psychic juggernaut.
Roxanne "Roxy" Richter 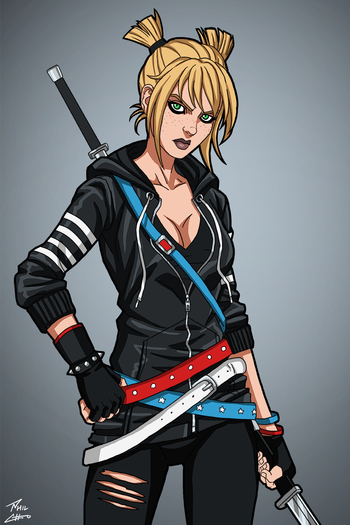 Roxie Richter represents the subterfuge and trickery of the eights' lost self. She often wears black and has become a skilled assassin and spy, even learning to travel through different dimensions through "shadow-stepping" in her pursuit of Ramona.
Kyle and Ken Katanayagi 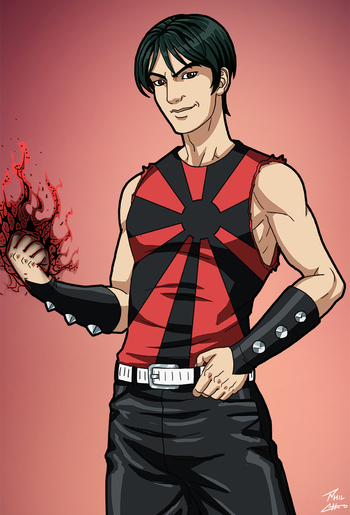 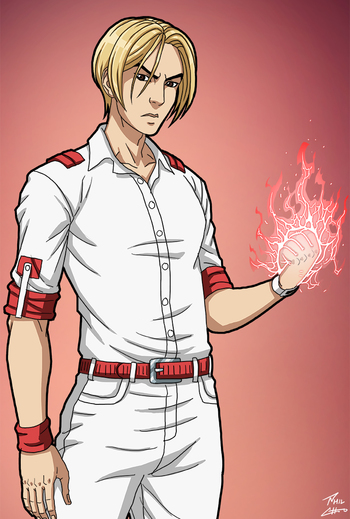 Kyle Katanayagi
Kyle & Ken Katayanagi are the fifth and sixth souls of the broken god. They represent duality, knowledge, and oppositional nature. The two have embraced mortal science more than the other exiles upon arriving on Earth and have fused that with their ancient magic, becoming technomancers able to create mechanical masterpieces.
Gideon Gordon Graves 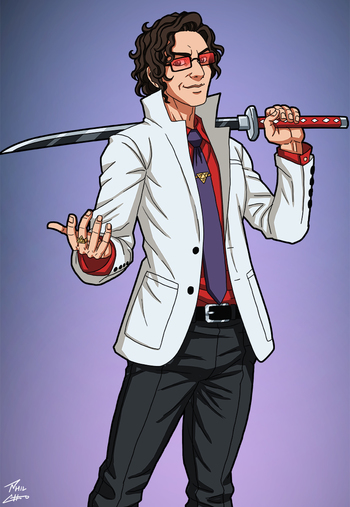 Gideon Graves, who represents their collective ambition, authority, and is believed to have been the "core soul" responsible for whatever behavior got them punished in the first place. Gideon is the daimonic soul responsible for pushing the others to reunite in a bid to return to their former glory. While powerful in a very physical and mystical manner, Gideon prefers to rely on what he has come to regard as "true power" - monetary wealth and emotional manipulation.