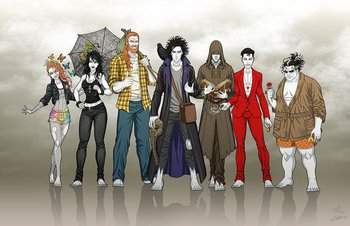 The Endless are a rather dysfunctional family of seven siblings who are each Anthropomorphic Personifications of one of seven concepts. They are neither god, demon, angel, or faerie; and yet, they are somehow all those things as well... but also a unique breed unto themselves. With such broad power, it would be easy to call them gods but as the text is quick to point out The Endless cannot be seen as gods, for gods need to be believed in to exist and require faith to nurture them. The Endless will continue to exist whether we believe in them or not, for, as their name suggests, they are Endless. 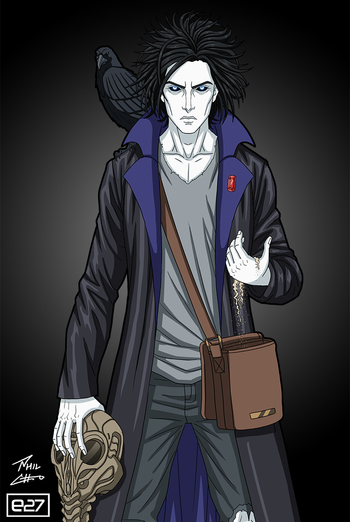 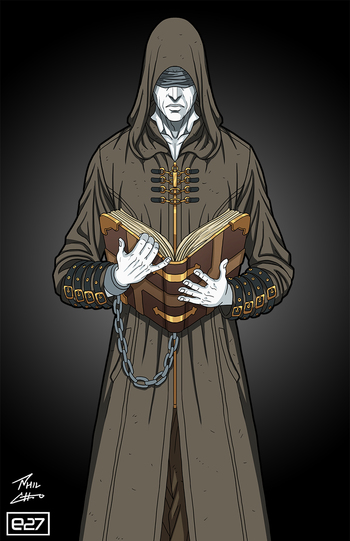 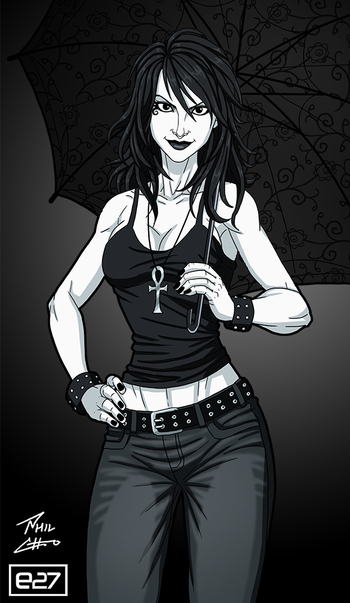 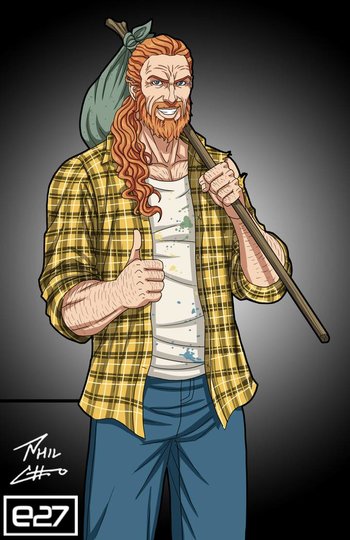 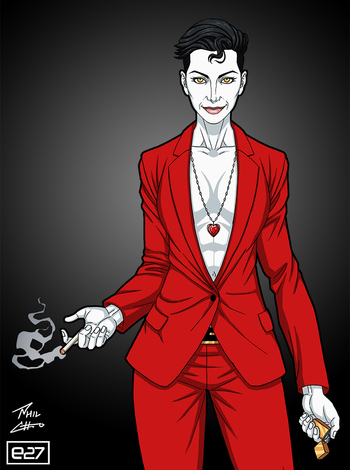 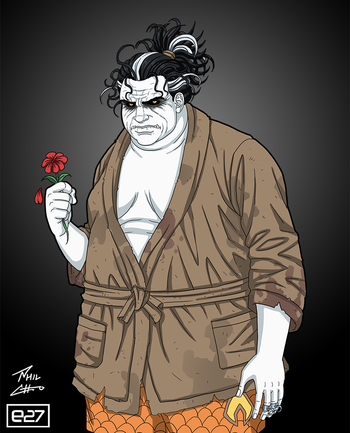 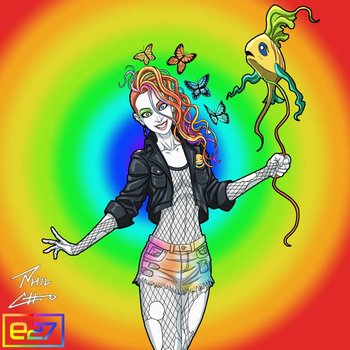 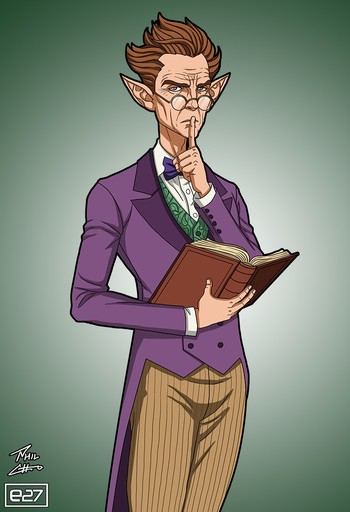 A tall thin bookish man who serves as Dream's librarian, maintaining all the books that have ever been dreamt of.
Mervyn Pumpkinhead 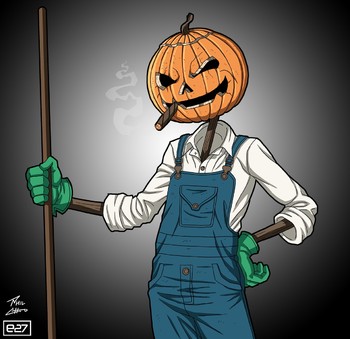 A comical pumpkin-headed dream who performs odd jobs in the Dreaming, such as bus driver and janitor. Although a simple-minded slob, he helps keep Dream grounded.
Matthew the Raven
Dream's companion, a raven who was once a man who died in his dreams, and was given the chance to become a servant of Dream. Matthew often questions Dream, pointing out the holes in his plans and keeping his perspective in check.
Cain 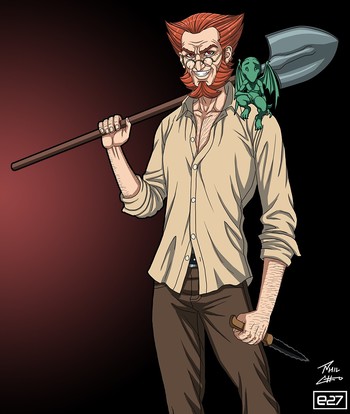 The son of Adam and Eve, who's first murderer and the progenitor of Vampires. He is a resident of the Dreaming and the collector and caretaker of House of Mysteries.
Abel 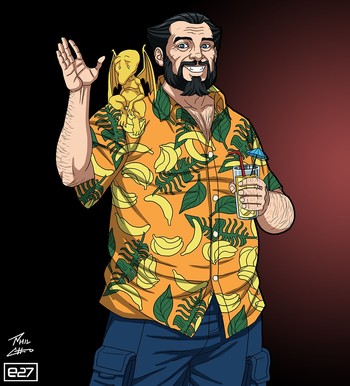 Abel is the son of Adam and Eve, who's first victim of his brother Cain. He is a resident of the Dreaming and the collector and caretaker of the House of Secrets and host the Secret Six in his home, enjoying their company.
Eve
Created by the Presence to live in the Garden of Eden with her husband Adam, Eve was responsible for eating the fruit of the tree of knowledge and causing humanity to be expelled from paradise. She's the first mother, a resident of the Dreaming and a keeper and protector of the House of Nightmares.
Erzulie Fréda 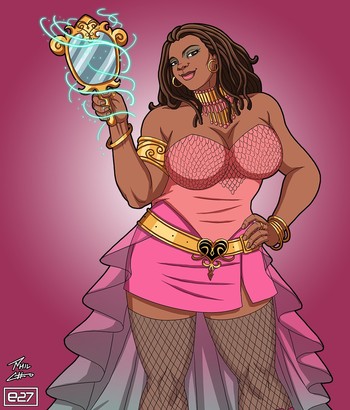 The Loa of Love and Beauty in the Haitian Mythology. She is a resident of the Dreaming and the hostess and caretaker of the House of Whispers as it floats down River of Dreams in the Dreaming and upon the waters of Earth or other dimensions
Elvira 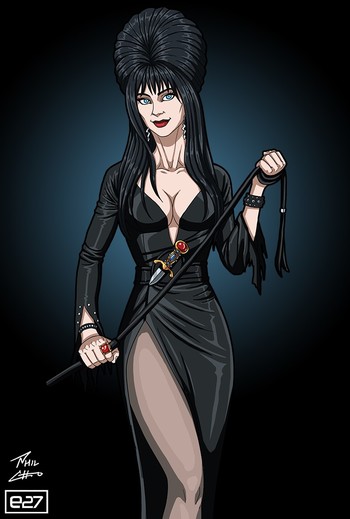 Elvira, Mistress of the Dark is an obscure deity even today little is known about except that she ran about naked except for a pair of sandals and a black cape. She's resident of the Dreaming and a keeper and caretaker of the Sinister House, complete with her favorite antique sofa with red upholstery.
The Corinthian 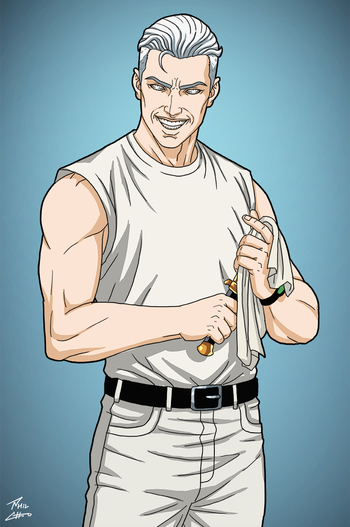