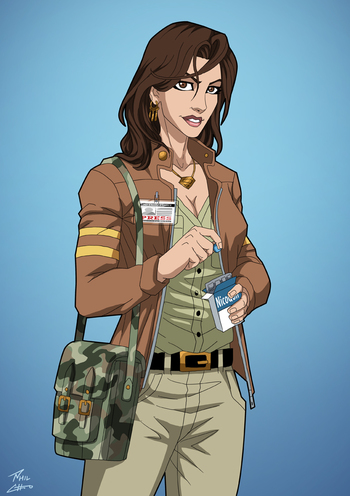 Lois Lane is a Pulitzer Prize-winning journalist for the Daily Planet of Metropolis. She was the first reporter to interview Superman after he appeared in Metropolis. Superman later revealed his secret identity to her; the two married and have seven children.
Jonathan and Martha Kent 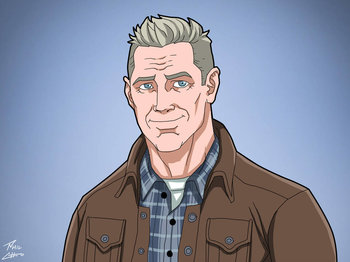 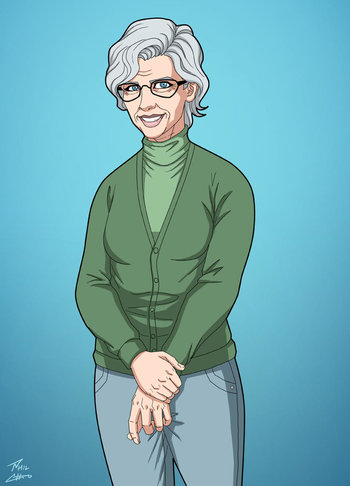 Martha Kent
The adoptive parents of Clark Kent, who raised him as their own at their farm in Smallville, Kansas.
Jor-El and Lara Lor-Van 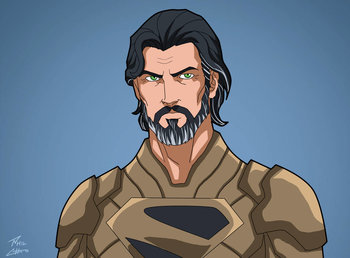 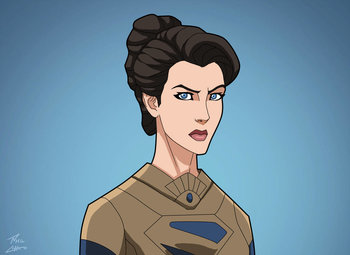 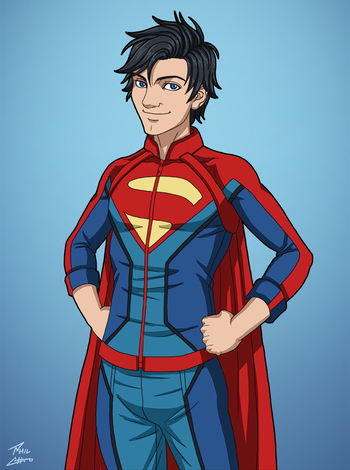 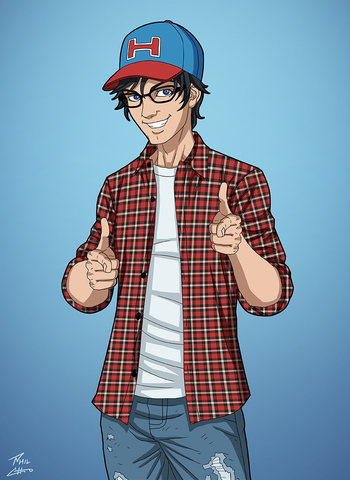 The first born child and son of Clark Kent and Lois Lane. 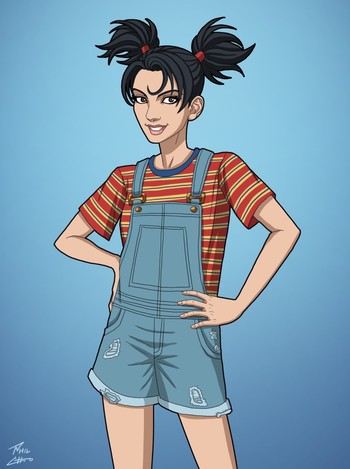 Second born child and eldest daughter of Clark and Lois. 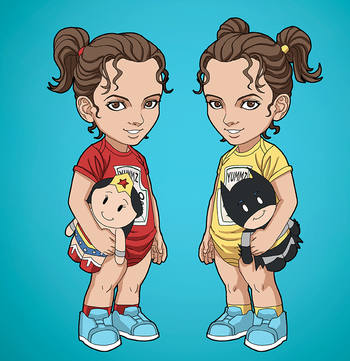 The respective third and fourth children and youngest daughters of Clark and Lois. 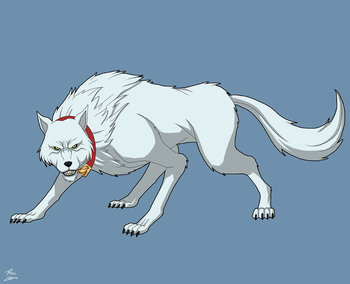 Krypto is the House of El's Kryptonian dog. He possesses all of the sun-born abilities of his masters, as well as super-canine intelligence. 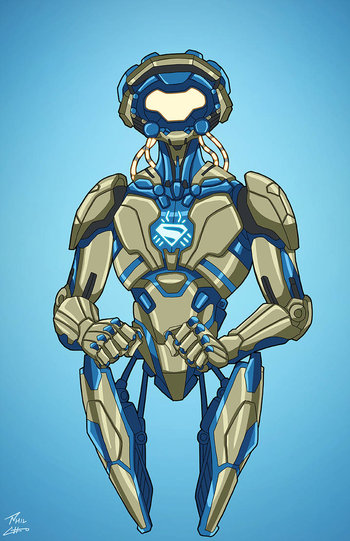 Kelex is the robotic servant of the House of El that resides within the Fortress of Solitude. 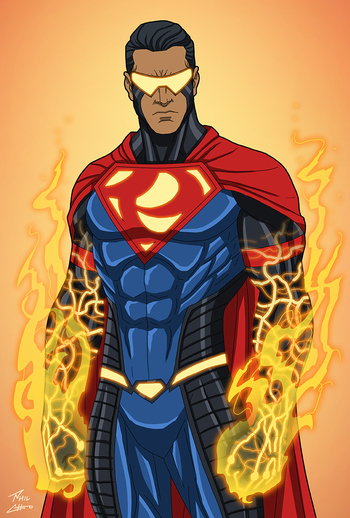 The Eradicator was an artificial intelligence based on the mind of religious zealot Kem-Veks. Its purpose was to alter the genes of Kryptonians and bind them to their planet, and would fuse with a human from STAR Labs named David Conchada and after Kara reprogrammed his code and David would suit as the Eradicator on occasions when members of House of El are injured. 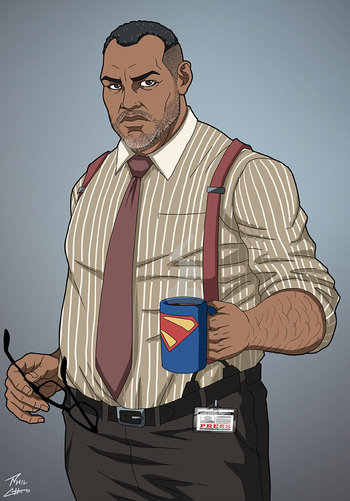 Once a famous crusading reporter, Perry White is now the editor-in-chief of that great American newspaper, the Daily Planet. 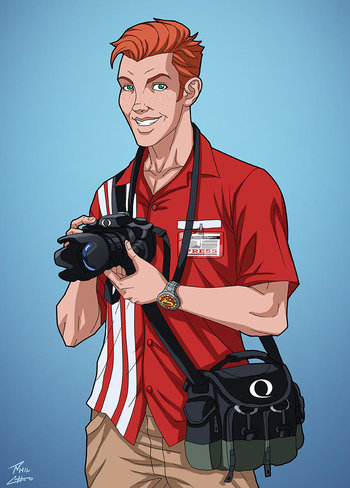 Superman's pal and Clark Kent's co-worker at the Daily Planet, Jimmy is a photographer/cub reporter working his way up the totem pole. He's impulsive, socially awkward, and prone to getting tied up by supervillains. 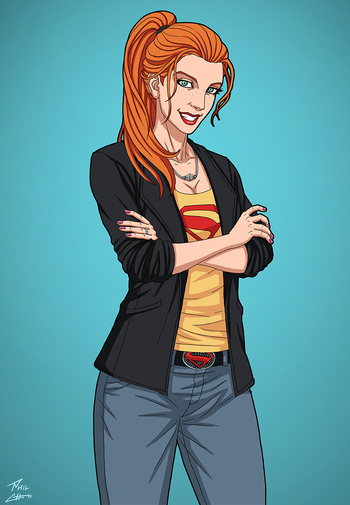 Lana Lang was Clark Kent's high school sweetheart. She is one of the very few people who knows that Clark Kent is Superman. She works as reporter of the Daily Planet's science division. 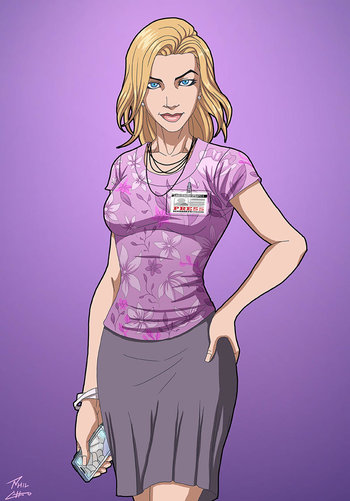 Catherine "Cat" Grant heads the Entertainment and Arts section of the Daily Planet. 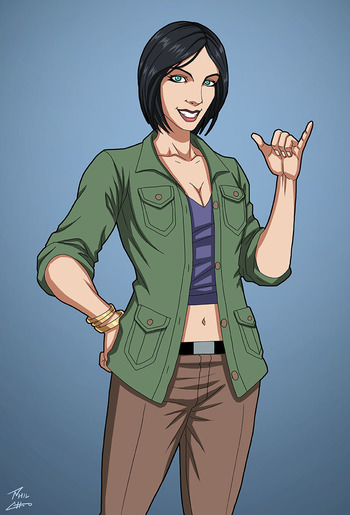 Chloe Sullivan is the best friend of Clark Kent, cousin of Lois Lane and a journalist of Daily Planet. She is the long time girlfriend and fiancé of Jimmy Olsen. 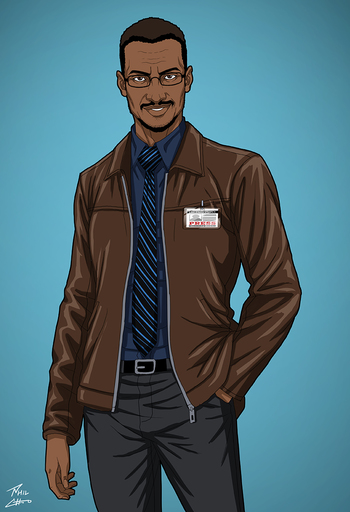