Guardians of the Universe

A race of immensely powerful immortals living on Oa, the planet at the center of the universe, who founded and run all the Lantern Corps. 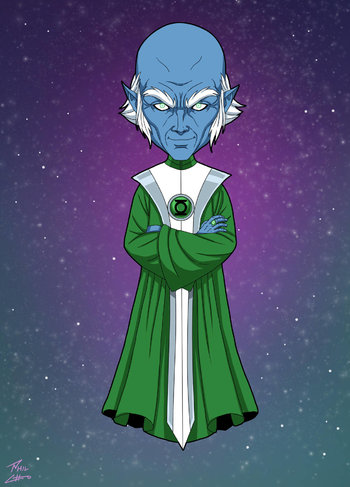 Appa Ali Apsa is the oldest among the council and many lanterns affectionately call him the 'Old Timer'. 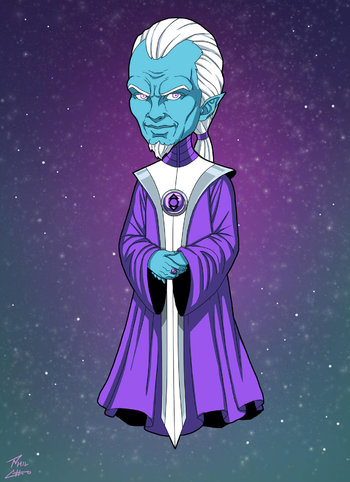 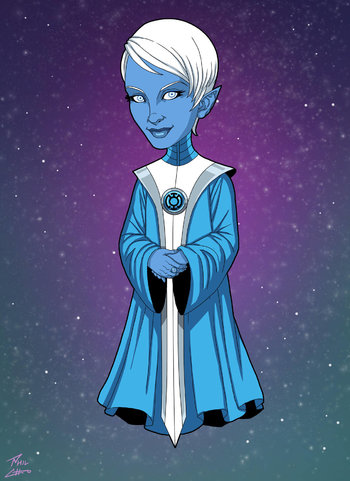 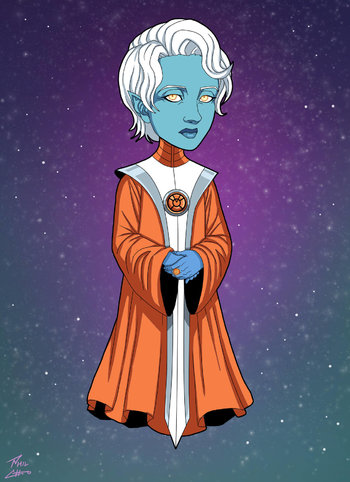 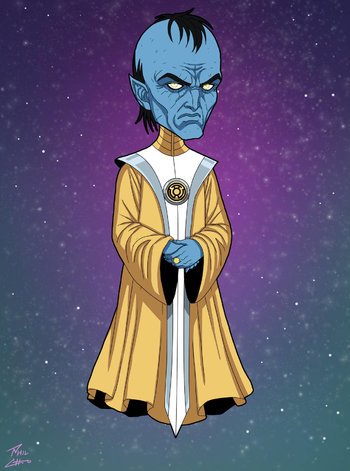 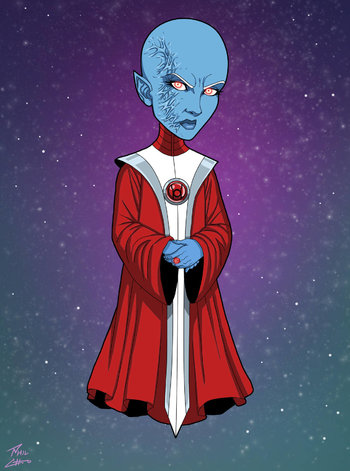 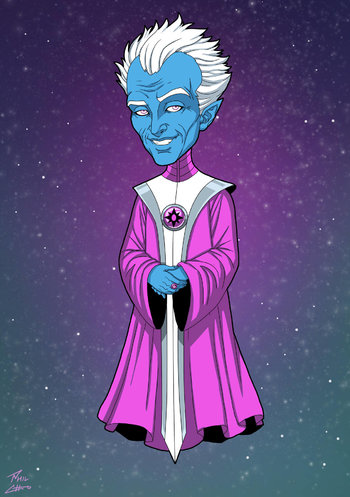 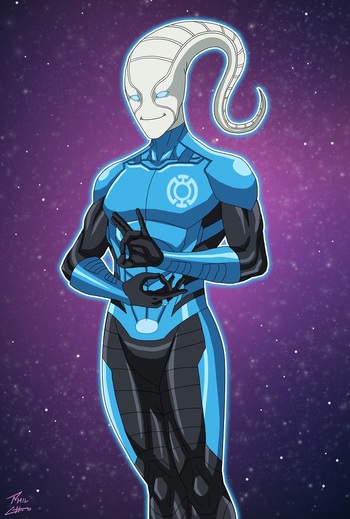 The living saint of the Blue Lantern Corps, Walker of planet Astonia was the very first member inducted into the Corps by Ganthet and Sayd. 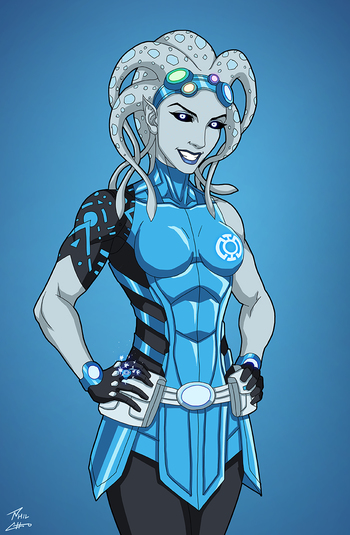 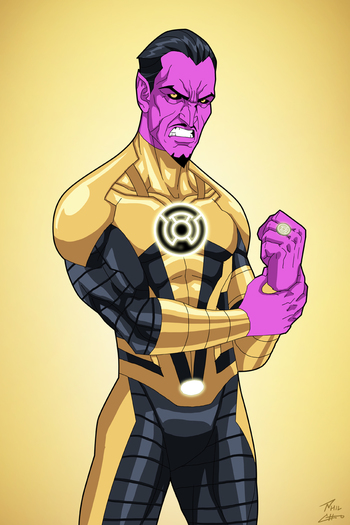 Once considered the greatest Green Lantern in any sector, Sinestro came to believe that the only way to ensure order in the universe was through the reign of fear, a crime for which the Guardians banished him to Qward. There he created the first yellow power ring and later on founded his own corps, The Sinestro Corps. 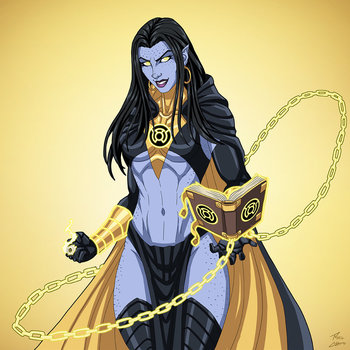 Lyssa Drak is the keeper of the Book of Parallax and the chronicler of the Sinestro Corps. 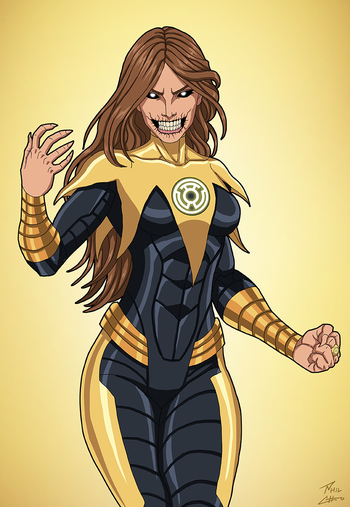 Karu-Sil is a native of Graxos III. When she was just a child, her family was slaughtered, and she was left to be raised by a pack of animals. She is one of the most fearsome members of the Sinestro Corps. 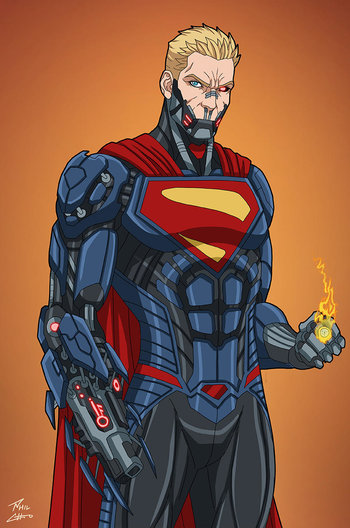 Brother of Jor-El and father to Kara Zor-El, Zor-El used reverse engineering of Brainiac technology and saved Argo City from Krypton's destruction. He now operates as the Grandmaster, an enemy to his daughter, Power Girl. 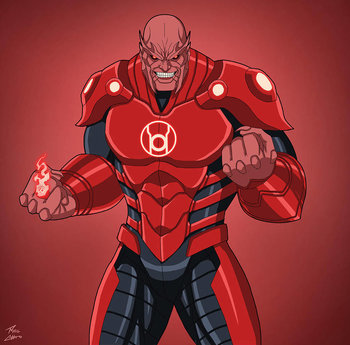 One of the survivors of the massacre in Sector 666 and founder of the Red Lantern Corps, Atrocitus anointed the Red Lantern in blood and harnessed the power of rage and red light. 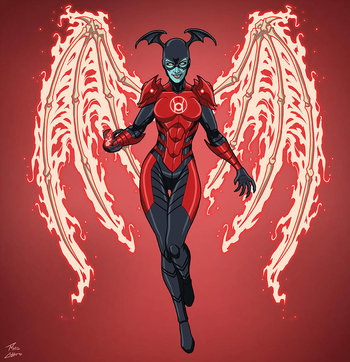 A native of the planet Havania, Bleez had a nearly ideal life, except that she had to contend with a number of unwanted suitors when all she wanted was a peaceful life of freedom. One of these suitors was a Sinestro Corpsman, and he killed her mother and tried to enslave her. A red power ring came to her then, and she killed him and became a Red Lantern. 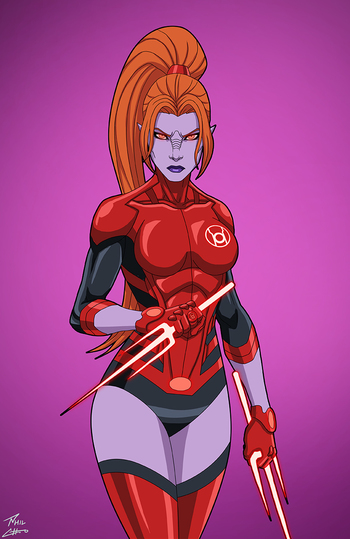 A native from planet Jayd of Sector 112. She's the daughter of Kentor Omoto, a respected Green Lantern, Laira went on to make an exceptional name for herself in the Corps, known as one of it's best warriors. She eventually became part of the Honor Guard, tasked with protecting the Guardians themselves. It was while fulfilling this duty that Atrocitus, while meeting with the Guardians, sensed the great rage within Laira's heart stemming from her father's actions. Atrocitus chose Laira to be a Red Lantern to show the Guardians that wearing a red ring does not make one completely unstable. 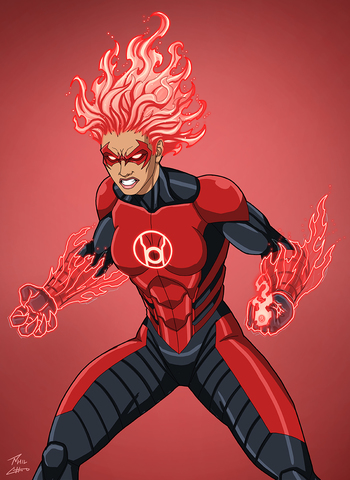 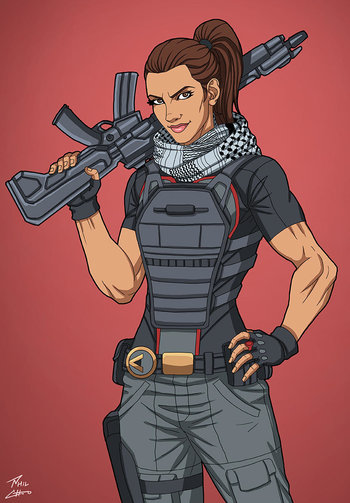 The first human Red Lantern, Jane always repressed her rage until she witnessed her brother being beaten to death by the police, drawing a Red Power Ring to her. 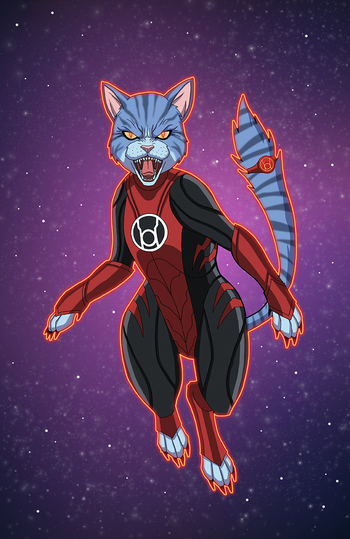 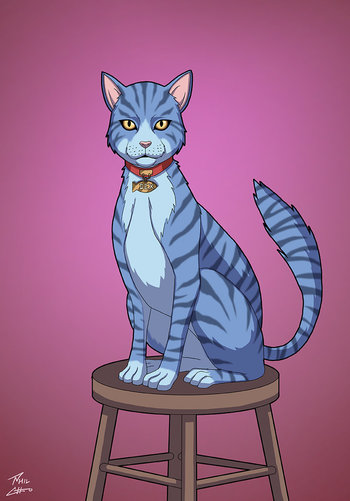 Dex-Starr is one of the most brutal and vicious Red Lanterns in Atrocitus' army, who originally was just a blue house cat. He's also Karen Starr's pet cat. 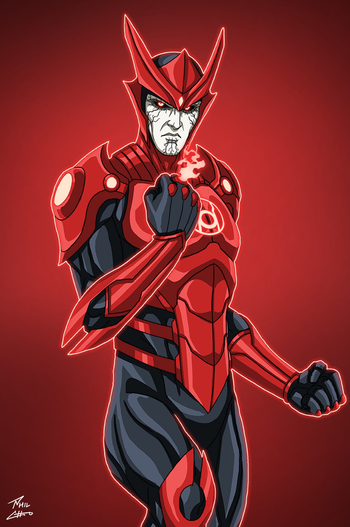 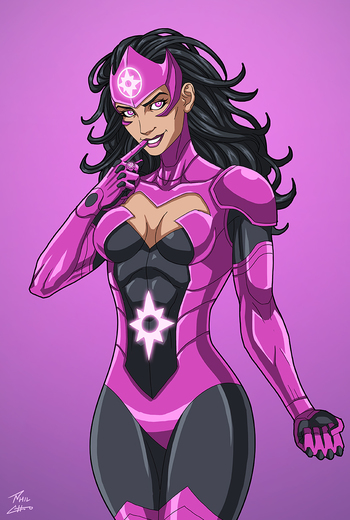 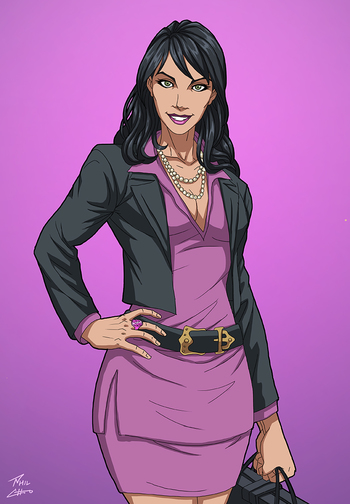 Carol used to be a pilot, but, after her father retired, she gave it up to run the family business (Ferris Air, a company in Coast City that makes aircraft). She hired her childhood friend, Hal Jordan, as a test pilot. Soon after Hal became a Green Lantern, Carol found herself possessed by a Star Sapphire gem. The gem gave her power, but also altered her personality when used. After the formation of the Star Sapphire Corps however, Carol has been able to remain herself and act as a heroine. 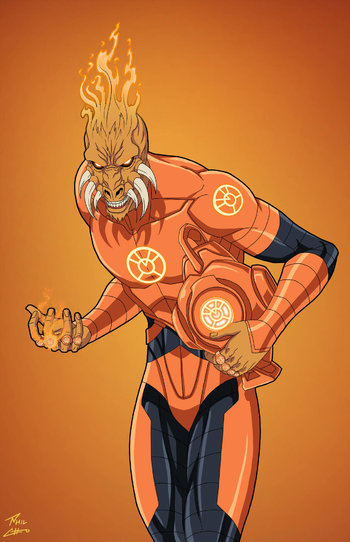 The first being to tap into the Orange Light of Avarice and the keeper of the Orange Lantern Corps. 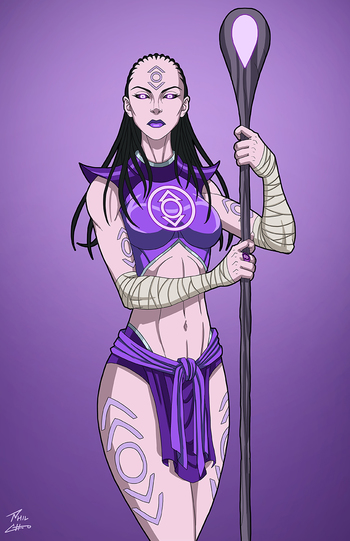