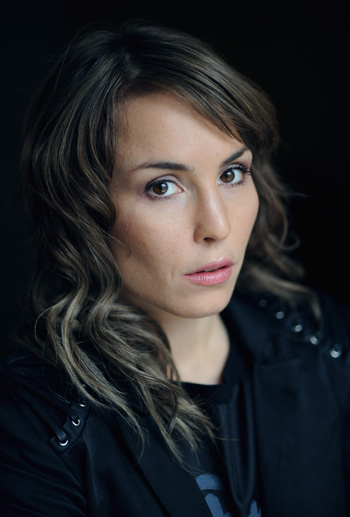 Rapace is best known for her role as Lisbeth Salander in the Swedish film adaptations of Stieg Larson's The Millennium Trilogy, all three of which were originally released in 2009.

Because of her acclaimed performances in those films, Rapace was quickly courted for international productions and she made her English-language debut in 2011's Sherlock Holmes: A Game of Shadows, opposite Robert Downey Jr. and Jude Law.

In 2012, Rapace starred in the lead role of Dr. Elizabeth Shaw in the Alien prequel Prometheus, which she later reprised in its 2017 sequel Alien: Covenant.

Outside of Sherlock Holmes and the Alien films, Rapace also appeared in Brian De Palma's Passion, The Drop, and Bright.

She provides tropes of: