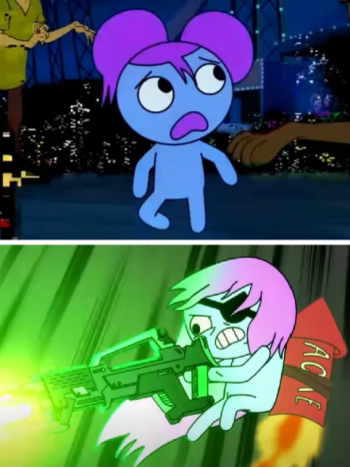 What happens when a preschool character learns how to be a badass.
Advertisement:
open/close all folders
#-R
S-Z