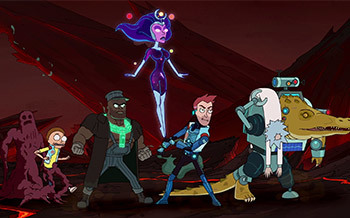 Rick and Morty team up with a bunch of heroes to battle a villain called World Ender.