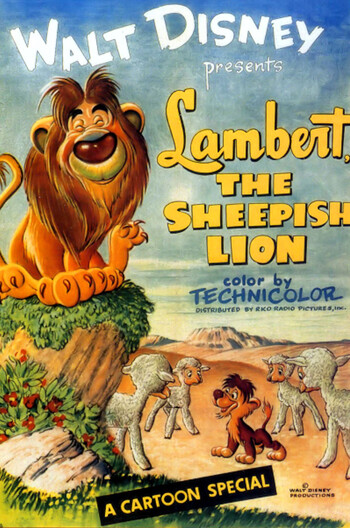 Long before there was The Lion King...
Advertisement:

A Disney animated short released in 1952. It was conceived by Bill Peet and is narrated by Sterling Holloway.

Lambert, a lion cub, is mistakenly delivered in a flock of sheep by a stork (the same stork that was seen in Dumbo). He is taken in by a ewe after none of the delivered lambs choose her to be their mother, and the ewe refuses to let the stork take him away. Lambert lives his life thinking he is a sheep... until he is forced to unlock his true nature to defend the flock from an attack by a hungry wolf.