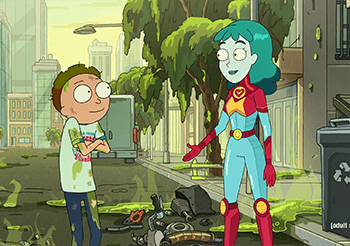 Morty learns that it may be too late to reduce and reuse after he falls in love with an environmental superhero. Meanwhile, Rick and Summer go on an apocalypse bar crawl.