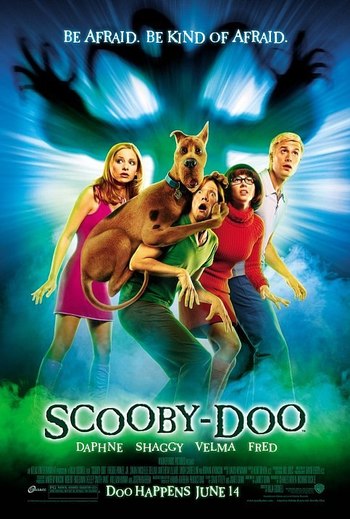 After a sudden break-up of Mystery Inc., the gang had gone about their separate ways for some time. Until one day they're all invited to an amusement park to once again solve a mystery together.

The film is more of a self-aware parody of the Scooby-Doo franchise than a straight adaptation. It also pushes its PG rating pretty hard (it was originally supposed to be PG-13, and its first cut even received an R rating) with many raunchy jokes and double entendres. It wasn't a critical success, but it grossed almost $300 million at the worldwide box office and spawned a more family-friendly sequel two years later. It was the last Hanna-Barbera property to be overseen by founders William Hanna and Joseph Barbera, who served as executive producers. Hanna passed away a year before the film was released.