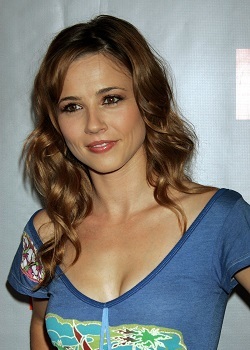 "I always thought I was a little shy, especially compared to my brother and my sister, but I guess I was always the kid doing performances in the front room."

Linda Edna Cardellini (born June 25, 1975 in Redwood City, California) is an American actress. She got her break in the cult series Freaks and Geeks, in which she starred as Lindsay Weir. She's also known for her roles on ER and as Velma in the live-action Scooby-Doo films.