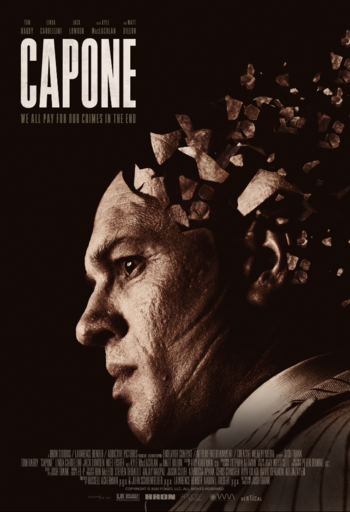 Capone is a 2020 American crime biopic written and directed by Josh Trank of Chronicle fame.

It chronicles the descent into dementia and retirement in Florida of notorious Italian-American gangster Al Capone (Tom Hardy) after he spent 11 years in prison for tax evasion, and his eventual demise from severe syphilis.

The film also stars Linda Cardellini, Kyle MacLachlan, Jack Lowden, Noel Fisher and Matt Dillon. It was originally intended for theatrical release, but ended up released digitally on May 12, 2020 due to the COVID-19 pandemic.

Not to be confused with the 1975 film of the same name starring Ben Gazzara in the title role.