Film / Fangs of the Living Dead 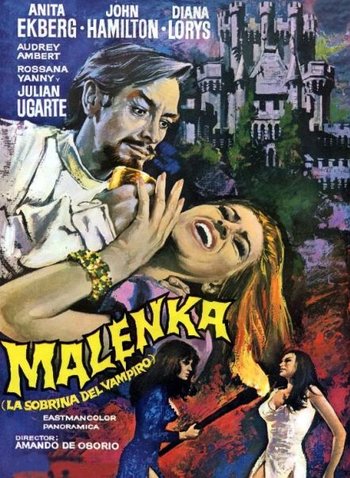 Fangs of the Living Dead (also known as Malenka) is a 1969 Hispano-Italian horror film directed by Amando de Ossorio and starring Anita Ekberg.

Two weeks before her wedding, an Italian model learns that she has inherited a castle and a noble title in the quaint little principality of Waldruck. After arriving at the castle, she discovers that her uncle is a vampire, and he won't allow her to leave.