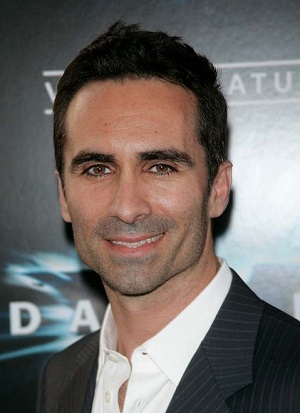 Nestor Gastón Carbonell (born December 1, 1967 in New York City, New York) is an American actor, known for portraying Richard Alpert in ABC's drama Lost and Mayor Anthony Garcia in the films The Dark Knight and The Dark Knight Rises. He is also known for his role on the sitcom Suddenly Susan and his performance as the character Batmanuel on the live-action sitcom The Tick (2001). Carbonell also played Sheriff Alex Romero on Bates Motel.