The cast of Hironobu Sakaguchi's latest masterpiece by Mistwalker: The Last Story.

To keep things consistent with the main page, this article uses the English names throughout. The original Japanese names are included in the title of each character's article. Beware of unmarked spoilers.

The Mercenaries
The main playable cast in the game. Led by Dagran, they are a gang of mercenaries who banded together for their own personal reasons and have since forged a strong bond through their shared hardships. To identify themselves as a group, they all wear the same necklace.
Zael/Elza 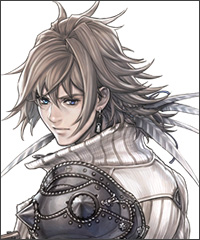 The young protagonist of the story. He dreams of becoming a knight so that he can fight for ideals instead of survival. He receives a mysterious power called Gathering that he uses to protect those closest to him. 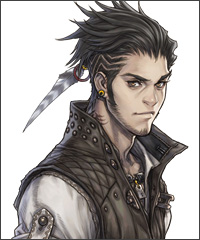 Zael's childhood friend and older brother figure. He is the leader of the mercenaries and handles all their negotiations with prospective employers. His employees trust him without question due to his promise to make them all knights. 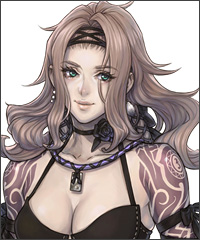 The heart and soul of the Mercenaries. She has a foul mouth and a fiery personality but genuinely cares for her friends. A confident leader who loves to fight on the front lines. 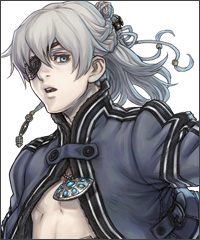 The youngest member of the Mercenaries, Yurick is an absurdly-powerful fire mage. He is cold and unsociable and views mercenary work as nothing more than a means of survival. 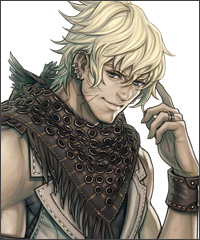 An ice mage who is also proficient with swords. Lowell is cheerful, easy-going and hits on anything with a XX chromosome. Despite this carefree attitude, he's one of the most reliable members of the Mercenaries and always steps up to plate when the situation calls for it. 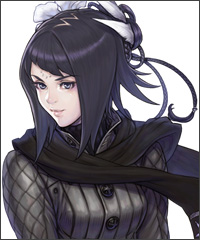 A sorceress who specializes in healing magic. Mirania has a mysterious, intellectual air about her, though at times it's like she's on another planet. She acts motherly towards the other Mercenaries, and somehow maintains a trim figure despite being a terrifying glutton. 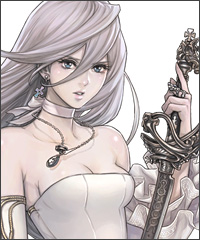 The niece of Count Arganan. Because she is constantly confined to the castle, trapped in a loveless Arranged Marriage and used as a pawn by her Evil Uncle, she has become somewhat depressive and seeks an escape from her surroundings. 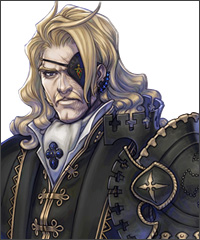 The current ruler of Lazulis Island and primary source of business for the mercenaries. He is Calista's uncle and took up the position after the death of her father. Befitting the leader of a city-state, he is very ambitious and resourceful. 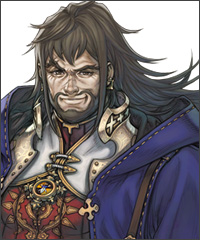 Once one of the highest-ranking officers within the Imperial Army, Asthar is a greatly-respected knight and the embodiment of chivalry. Seeking answers to the mystery behind the land's slow decay, he left his position and embarked on a journey across the world, finally finding himself at Lazulis Island. 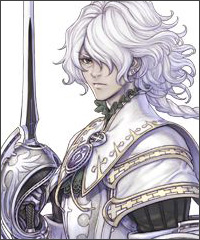 A dedicated knight and Asthar's protégé; he accompanies the general on his travels. He looks down upon sellswords and mercenaries like Zael but has a good heart beneath his arrogant exterior.

A nobleman engaged to marry Calista. Arrogant, petty and cowardly, he sneers at those who are not of the aristocracy and quickly develops a rivalry with Zael over Calista's affections.

The bartender of the Mercenaries' favourite bar, "Ariela's Tavern". She is the daughter of the tavern's owner and loves Lazulis Island.

The Littlest Cancer Patient of the game. He is bedridden with an unspecified disease said to be caused by the dust around Lazulis Island and an early mission involves retrieving medicine for him.

The owner of an Upgrade Store in Lazulis City. He fancies himself an archaeologist, and is easily-excited by new findings.

A young woman who works in the marketplace. She has a crush on Zael.

A criminal who was once a member of the Mercenaries alongside Dagran and Zael. He sold them out for money, and has since become a significant presence in the criminal underworld. Underhanded and slimy, there is nothing he will not do for money.

Forest Beast
A mysterious white tiger that appears to Zael and the other Mercenaries, seemingly as an enemy. Its true identity is the Guardian Beast of Lazulis Island.
Dragonmeister
Traveling Merchant
A young girl staying in Ariela's Tavern with Zael and the other Mercenaries. As the name implies, she makes a living selling weaponry and upgrading it.
The Gurak
A race of Orc-like humanoids who make their home on the appropriately-named Gurak Island. Years ago, they waged a war on humanity that they lost badly, shattering their nation and scattering the various tribes. In recent years a charismatic Gurak named Zangurak has reunited his people under the banner of war, and they are preparing to take revenge.
Zangurak/Zangurg 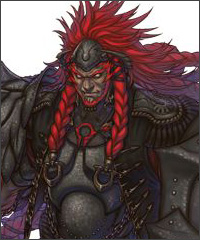 The current leader of the Gurak race, who used his charisma and strength to unite the Gurak against humanity.

Twin Gurak brothers who serve Zangurak as his Co-Dragons.
The Captain
The captain of the Gurak Warship, who develops a one-sided rivalry with Zael.
The Outsider
The Outsider
A mysterious being whose secrets lie at the heart of the game's story. The Outsider is an extraterrestrial lifeform that absorbs energy from its surroundings, giving itself a vast reservoir of energy beyond any mortal means. Though its power was successfully used to end a world war, it began to drain the life from the earth itself and was forcefully split into two to slow the process. Both halves wish to reunite with the other and return to the cosmos; however, while the blue Outsider half in Lazulis Island is consumed by quiet loneliness, the red Outsider half on Gurak Island burns with vengeful hatred towards humanity. In the end, the Outsider is revealed to be a World Seed and the energy it absorbs from its surroundings is eventually used to create a new world.
Cocoon
An aspect of the Outsider, it resembles an armored shell that can grow into a massive humanoid beast.
Berith
A Guardian Spirit that protects the Outsider, it resembles an armored humanoid.
Mitra
The Guardian Beast of the blue Outsider.
Atar
The Guardian Beast of the red Outsider.