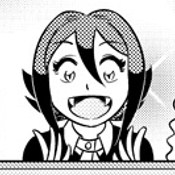 The main character (sort of). A young vampire born on Easter, she feeds on chocolate instead of blood. 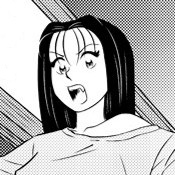 Nina's older sister, who's determined to make her into a proper vampire by getting her to drink blood.
Chloe

A succubus, who considers herself to be ugly by succubus standards (though she acknowledges that she's pretty by human standards), despite her many admirers. Much to the surprise of readers, she now has her own webcomic Spin-Off — Dangerously Chloe. See that character page for her entry. 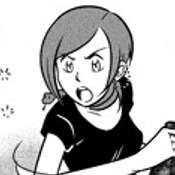 A melusine. She can turn into a snake monster, but, true to the tale of Mélusine

, resents her monster form and tries to hide it. Generally laid-back and cool, but confused and shy when it comes to romance.
Kade 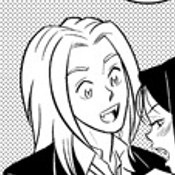 A catboy who's Layla's sometimes boyfriend, and the object of Nina's affections.
Ace 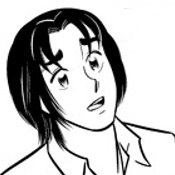 A werewolf, who's Nina's unwilling friend, though generally nice and well meaning. 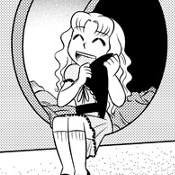 Nina's doll, possessed by the spirit of a man; absolutely shameless pervert. Nina gives him to Tia at the end of vol.4.

A coven of witches. Got their own spinoff, Magick Chicks, but still make appearances. See the Artemis Academy And Apollo Academy page for their entries.
Cess and Laura

A pair of minor antagonists, who aspire to become 'queen bees' by overthrowing Layla, but their "plans" usually backfire. As of Vol.4, they've become friends with Nina, and seem to be on good terms with Layla. 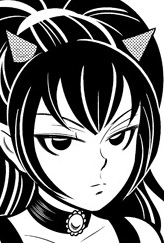 A dark-haired, childlike, demoness who first appears in Vol.3, when Cessily, Laura, and Nina try to summon Chloe back. She soon proves to be quite the troublemaker, is eventually revealed to be far more than she initially lets on....

Ancient vampire queen and her pet cat, infamous for single-handedly ushering in a dark age of carnage and bloodshed for mankind.

An aspiring wannabe vampire slayer who's out to slake Layla, but ends up becoming best friends with her instead. She quickly became popular with the readers and was eventually given a bigger role in he Spin-Off, Magick Chicks. See the Artemis Academy And Apollo Academy page for her entry.
Maria

Nina and Layla's mother. She's apparently had 13 children. Not the loner sort of a vampire - she prefers to keep some company around and is unhappy about her daughters being mostly absent, that is in school or asleep.
Professor Twigitt

The science teacher at Charybdis Heights, who may, or may not, be human.
Mr. Wolfheart

The Delacroix's housekeeper. It's unknown what she is, just that she looks kinda like an owl and is creepy.
Becky

Tiffany's boss at the mall.
Dio