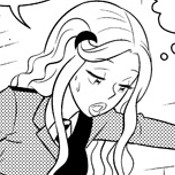 The leader of the three protagonists, collectively known to fans as the Hellrune Coven, sixteen year-old witch Melissa Hellrune and her friends have been transferred to Artemis Academy for causing a school-wide gender bending incident back at their old All-Ghouls School, Charybdis Heights. Once at the top of the social ladder, Melissa has immediately found herself little more than a nobody at their new school. She's determined to regain her rightful status as 'queen bee' and immediately begins plotting on how to take down Faith Abbott, the student council president and the single most popular girl in Artemis Academy. All while trying to keep under wraps that they're witches in a school for monster hunters. 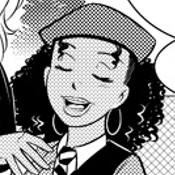 Childhood friend of Melissa and the second of the protagonists, sixteen year-old Jacqui is for all intents and purposes a stereotypical boy-crazy high school girl. Like Melissa, Jacqui is a witch who specializes in illusions and glamour. Unlike Melissa and Cerise, Jacqui doesn't seem nearly as concerned with rising to the top of Artemis' social system. Usually the ditz of the group, Jacqui's attention span is about as long as the distance to the nearest cute guy. Though easily distracted, her moments of competence raise questions of if it's just an act or not...
Cerise Darkshade 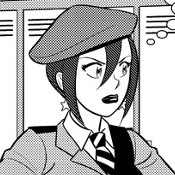 The third and youngest of the protagonists, fifteen year-old Cerise Darkshade may very well be even more ambitious than Melissa in climbing the social ladder. With a plotting streak that would make Starscream himself proud, Cerise seems to be constantly thinking of ways to overthrow Melissa as leader of the Hellrune Coven and has even used her as a shield against a gender bending beam during the Charybdis Heights incident. Now at the bottom of the social ladder with Melissa and Jacqui, Cerise has set her sights beyond the coven and is now focused on the ultimate victory of reaching the top of Artemis Academy before Melissa can.
Faith Abbott 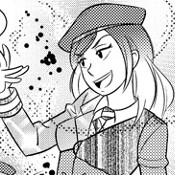 Faith is Artemis Academy's morally grey student council president, the school's most popular student, and the most powerful esper in its history! A hedonist, she freely abuses her presidential power to seduce her fellow students and wastes no time in "welcoming" the coven (via hazing ritual) to Artemis. With formalities out of the way, Faith immediately sets out to bring the one girl she has no hold over under her charms: Tiffany.
Tiffany Winters 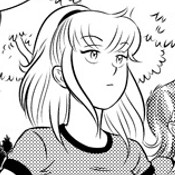 Like the Hellrune coven, sixteen year-old would-be vampire hunter Tiffany Winters originated in Eerie Cuties where she spent most of her time trying (and failing) to hunt Layla Delacroix. Oddly enough, Layla also happens to be her best friend. Even stranger is the fact that, despite being an over-zealous monster hunter, Tiffany turns out to be the closest thing the Hellrune Coven has to a friend at Artemis Academy. Mainly because she doesn't know that they're witches. 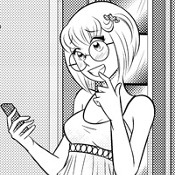 Faith's secretary and the student council's intel expert. She nurses an unrequited crush on Faith, despite being well-aware that Faith sleeps around and also has a boyfriend. Despite this, Sandi remains adamantly loyal to her and does her utmost to serve her needs. Much later, she sparks an accidental friendship with Jacqui, even though Sandi isn't fond of her. Except Jacqui fails to take the hint.
Ash 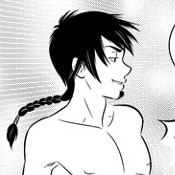 Ash is the ace of Apollo Academy and Faith's more or less boyfriend. Not much is known about Ash at this point beyond the fact that he works (and apparently lives) at a Chinese restaurant, is skilled enough to fight Faith on even ground, take on multiple lesser opponents at once, and is seemingly adored by the girls of Artemis as much as Faith herself.
Callista "Deadeye" Archer 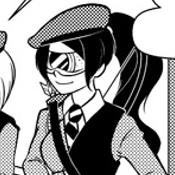 The last member of Faith's trio is her best friend, Callista, who's the captain of the school's Archery Club and serves as Faith's lieutenant. As such, she enjoys a fair amount of popularity of her own, due to her "dead aim". She initially appears confident and focused, but is actually rather shy. At least, when it comes to matters of love.
Tandy
The captain of the school's Ninja Club and a member of the student council. Best described as "tsundere", she rarely says a word more than she has to, and doesn't seem to make friends easily. But once anyone earns her respect, she opens up a bit, revealing her somewhat softer side - with Gabrielle and Amelia being her closest friends. 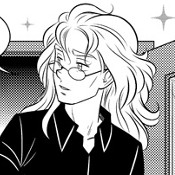 One of the teachers at Artemis.
Hekate
The goddess of witchcraft.
Skye
A relatively weak esper with the power to talk to animals.
Rain
A member of the Combat Corps.
Gabrielle
A member of Artemis Academy's student council, who specializes in interrogation, and Tandy's best friend. She's later revealed to be staying with Naomi's family, as part of the foreign exchange program. Thus, explaining her thick French accent.
Dakota

Melissa's "father" who is actually a woman using Glamour to make everyone think she is an extremely buff man.

The Wand
A mysterious wand of incredible power that appeared after Melissa tried to draw power from the school. Used to belong to the heroine Musical Starlight.
Mystery Girl

A mysterious girl who first appeared to Mel in her dreams, and in person soon afterward. Since then, she's shown up occasionally, appearing in Melissa's subconscious at different times. Just who she is, what her goals are, or if she has any relationship with The Wand, remains unknown.